In the face of a pandemic that has hit Black Americans harder than almost any other group, while the nation continues to confront the toxic legacy of slavery and Jim Crow, two Georgia women have come together to build a community that will be a place free of oppression, “a tight-knit community for our people to just come and breathe.”

They are calling it Freedom, Georgia, and draw their inspiration from Wakanda, the fictional comic-book country that was the setting for the movie “Black Panther.”

Ashley Scott, a realtor from Stonecrest, Ga., who was driven to seek therapy by her reaction to the shooting death of Ahmaud Arbery, a young Black man jogging in a white neighborhood, said that after several sessions she realized that her problem was 400 years of racial oppression and trauma dating back to the establishment of slavery in North America.

With her friend Renee Walters, an entrepreneur and investor, she founded the Freedom Georgia Initiative, a group of 19 Black families who collectively purchased 96.71 acres of rural land in Toomsboro, a town of a few hundred people in central Georgia, with the intention of developing a self-contained Black community. The space will have small homes for vacation use and will host weddings, retreats and recreational functions, and may eventually evolve into an incorporated, self-sustaining community.

“It’s now time for us to get our friends and family together and build for ourselves,” said Walters, who serves as the president of the organization, in an interview with Yahoo News. “That’s the only way we’ll be safe. And that’s the only way that this will work. We have to start bringing each other together.”

“We really just want you to come and hang out and feel safe,” she explained. “You don’t have to worry about the Karens of the world and anything like that. You just come in and have fun. We’ll have a sportsman area, like a Black sportsman area with fishing, hunting, shooting range, ATV trails. We really just want to build a tight-knit community for our people to just come and breathe.” (“Karen” is a derisive nickname for white women who assert racial privilege in an offensive manner.)

Walters acknowledges the challenges ahead, as history hasn’t always been kind to Black Americans’ aspirations to own property.

America’s first Black town dates back to 1738, near what is now known as St. Augustine, Fla. Thirty-eight fugitive slaves seeking refuge formed a town named Gracia Real de Santa Teresa de Mose. Historian Jane Landers explained, “As news of the foundation of Mose spread through the South Carolina plantations, groups of slaves broke loose and tried to make for Florida,” causing some to call it their “first Promised Land.” In response to numerous slave revolts, the English enacted a yearlong siege of Florida 一 finally capturing Fort Mose in 1740.

More than a century after the establishment of Fort Mose, and two years after the Emancipation Proclamation of 1863, in direct response to the Ebenezer Creek Massacre, Union General William T. Sherman attempted to create more Black towns with his promise of 40 acres and a mule. Ultimately, Abraham Lincoln’s successor, Andrew Johnson, a Democrat considered sympathetic to former slave states, overturned Sherman’s orders by returning the land to colonizers 一 inspiring freedmen to begin buying their own land.

By 1910, Black Americans owned more than 14 million acres of land 一 more than ever before in the history of the United States — but due to the Great Migration and the racist policies that accompanied it, 90 percent of that land was lost by the 21st century.

According to ProPublica, “the leading cause of Black involuntary land loss” has been recognized by the U.S. Department of Agriculture as “heirs’ property.” Heirs’ property is land that has been inherited without a will, making the owners “vulnerable to laws and loopholes that allow speculators and developers to acquire their property.” It makes up “more than a third of Southern black-owned land — 3.5 million acres, worth more than $28 billion.” 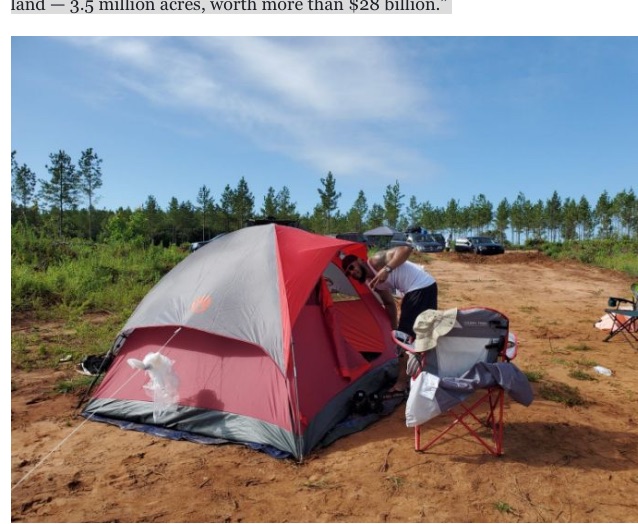 In order to begin reclaiming Black-owned land and generational wealth, Scott believes Black Americans must create their own social, political and economic institutions. “Amass land, develop affordable housing for yourself, build your own food systems, build manufacturing and supply chains, build your own home school communities, build your own banks and credit unions, build your own cities, build your own police departments, tax yourselves and vote in a mayor and a city council you can trust,” she wrote. “Build it from scratch! Then go get all the money the United States of America has available for government entities and get them bonds. This is how we build our new Black Wall Streets. We can do this. We can have Wakanda! We just have to build it for ourselves!”

Wakanda is both a fictitious nation whose magic remains undisturbed by colonization and a cinematic embodiment of the benefits of separation, as opposed to segregation.

Walters said Chadwick Boseman, who died last week from colon cancer and played Black Panther in the film, “passed the torch” to the Freedom Georgia Initiative.

“I feel like now it’s up to us more now than ever that we can achieve this, because we saw it in the movie and why not just create that,” she said. “I feel like that’s where he would want us to do.”

Keeping money within the Black community is also a big part of the Freedom Georgia Initiative’s push.

“Just like for Black Wall Street, their dollars circulated around 11 times before it left the community,” Walters said. “That’s just something we want to bring back. We want to encourage businesses to come and we want to circulate our dollar within the community before it leaves out to someone else. We want to make everybody in our areas wealthy.” 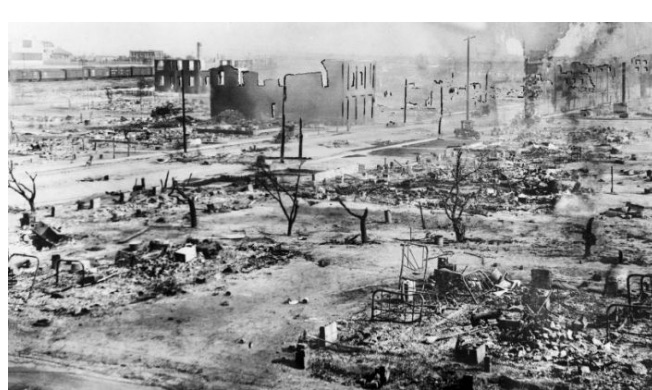 Black Wall Street was the nickname for the Greenwood district of Tulsa, Okla., a prosperous Black neighborhood and commercial district that was terrorized and burned in the notorious race riot of 1921.

Overall, Walters says, the Freedom Georgia Initiative has been well received and embraced by others in the town. “Every time we go to the land and in the actual city, we haven’t received any backlash,” she said. “Everyone is really nice and welcoming.”

But she adds there are a host of “internet trolls” who have nothing good to say and claim segregation on the group’s behalf, which she vehemently disagrees with.

“We’re building where we can come and be safe,” she explains. “Chinatown has these areas. … Why is it that when we build we’re considered racist or we’re segregating ourselves? Why can’t we have our own safe haven? Every community has them.”

She added: “Everyone is welcome in Freedom, but it’s based on seeing Black people flourish.”

Just over 150 years removed from slavery, Black Americans continue to push for equity and equality within the country. The Freedom Georgia Initiative is looking to spark change.

“Every time we tried to [flourish in history], somebody tried to burn it down … and I’m just tired of that,” Walters said. “It’s time for us to build our own.”