In light of the slow murdering of Floyd, as the entire world watch in horror as an innocent Black man pleaded for his life, a Sarasota policeman was caught on camera kneeling on a Black man’s neck while he was arrested in May. What the entire world is witnessing is the inhuman treatment of African Americans by police throughout the nation. 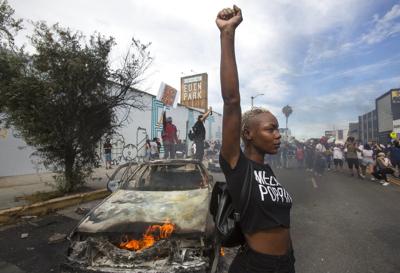 As in many cases where a police officer commits a crime or kill African American men or women, the police, in this case, has not been arrested nor faced any disciplinary actions.

Afro World News correspondent attempted to reach the police chief, but the department issued no comment.

Many African Americans face two choices; Either to die of Corona Virus or stay at home and get killed by the police.

POLICE SAY THEY ARE ASKED TO TARGET BLACKS AND LATINO YOUTHS.