According to Fox News, President Donald Trump was “mistakenly” cropped out of a 2000 photo featuring Melania Trump (then Knauss), Jeffrey Epstein, and Ghislaine Maxwell.

The network showed the edited photo during a Sunday segment on Maxwell, who was arrested last week on charges that she helped facilitate Epstein’s sex trafficking, but after they edited and removed Trump’s photo. Upon discovery, Fox News issued a statement, ” 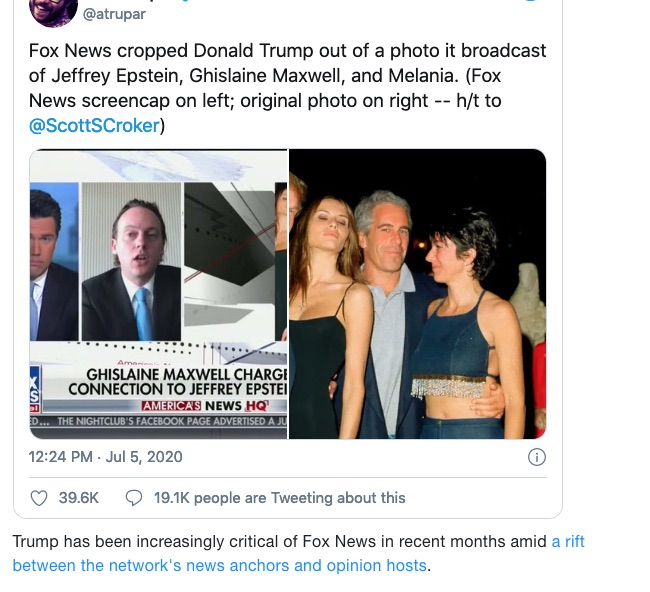 “We regret the error,” a Fox News representative said in a statement.

The photo was taken at Trump’s Mar-a-Lago resort in Palm Beach, Florida, on February 12, 2000. The network showed the edited image during a segment on Sunday about Maxwell, the British socialite and longtime Epstein confidante who was arrested last week on charges that she arranged and participated in the abuse of young girls. 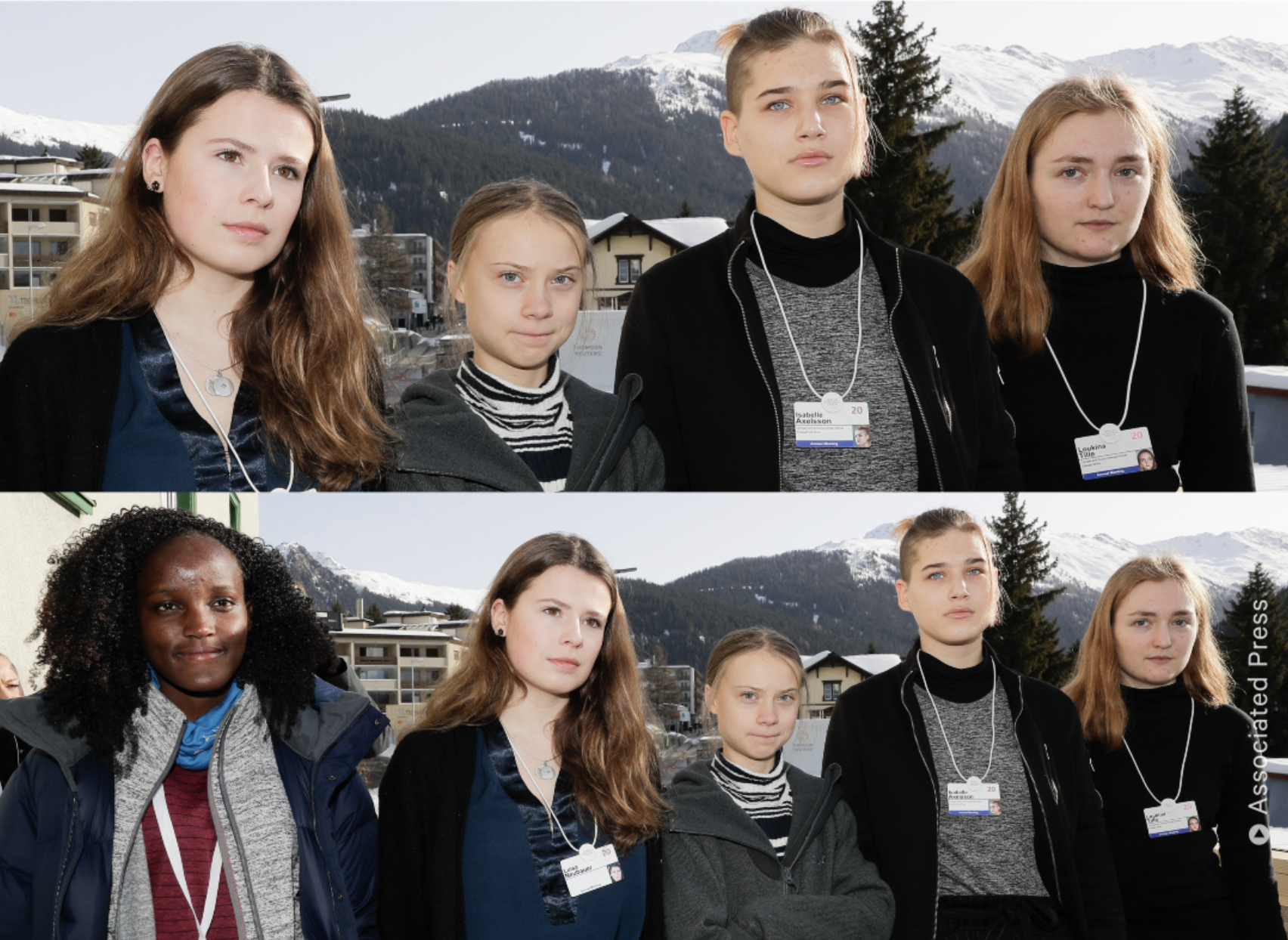 This process of photo editing by new networks and journalist have increased as many News Networks are no longer interested in presenting the “TRUTH” .. Earlier this year, AP news edited and crop-out a picture of a Ugandan climate activist Vanessa Nakate. The actions were viewed by many as racism in media after she was cropped out of a photo featuring prominent climate activists including Greta Thunberg, Loukina Tille, Luisa Neubauer and Isabelle Axelsson.

What the World is seeing in mass media and print media best exemplifies the times and reveals the bias that is ever-present in Western Medias.