John Lewis, who passed away Friday at age 80 is a real American hero, a personification of virtue, and also nerve. At 25, he leads voting rights demonstration for months in the notoriously racist Southern States, as he and the other civil rights leaders were attempting to take a message of liberty to segregationist Gov. George C. Wallace in Montgomery.

Among the last amongst the group of six, heroes of the U.S. civil liberties leaders as well as great men of high quality. Lewis was simply a couple of feet far from the Rev. Martin Luther King Jr. at the front of greater than 3,000 marchers when they left Selma on March 21, 1965, for the legendary 52-mile stroll to Montgomery. Wallace, that had promised “segregation permanently” throughout his 1963 inaugural and also served four terms as governor, declined to meet them. 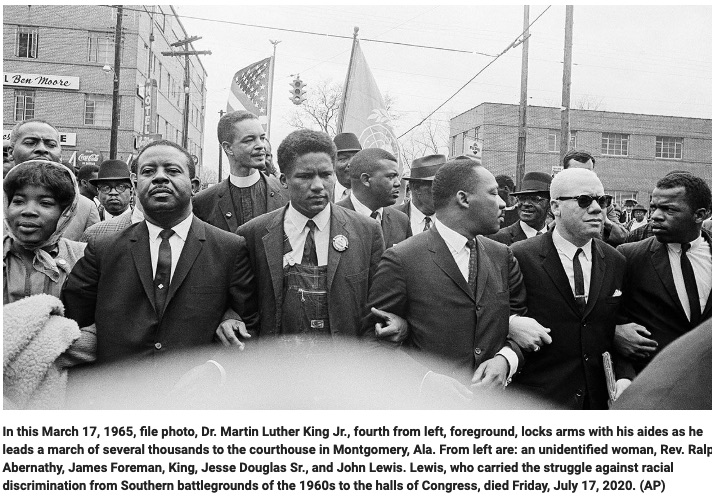 Trump was criticized for tweeting racist insults in response to Lewis’ comments, writing at the time that the Georgia lawmaker “should spend more time on fixing and helping his district, which is in horrible shape and falling apart (not to mention crime infested) rather than falsely complaining about the election results. All talk, talk, talk – no action or results. Sad!”

American and the World have lost a hero and a great man in all standards of measurement. His absence in the hall of Congress and from the moral pulpit of America is already visible.

Black Travelers Are Changing The Narrative. It’s Time For Brands To Listen.

Most US voters don’t want Trump to...