African-Americans groups have pledged to defend their communities; A new shift in Racial Conflicts in America. 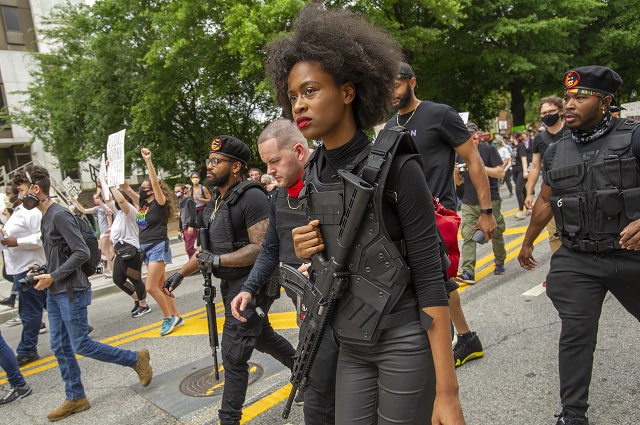 The rise of heavily armed African Americans groups has mixed reactions from Black Lives Matter protesters and community leaders. While the rise of the purchase of weapons by African Americans is at this highest since Trump’s election, many experts blame Trump for the tension and possible Race war. Many African men are tired and are now standing to defend themself against rising White Militias. The only thing all Americans agreed on is the fundamental right to self-defense.

In Louisville, about 20 of heavy-armed white members of the far-right Three Percenter militia watched the NFAC march, purportedly there to support local police. Three Percenters came in from Indiana, Tennessee, and other states for the rally, according to leader Tara Brandau.

Black Americans, like white Americans, have been buying firearms in unusually large numbers since the COVID-19 pandemic started, and Black gun ownership picked up more after the police killing of George Floyd, Politico reports, citing a sharp uptick in new memberships in Black gun owner organizations.

The general chaos of the pandemic was one factor in the surge in memberships, but the Floyd killing and subsequent protests were a “line in the sand” for many many new members, Phillip Smith, president of the National African American Gun Owners’ Association, told Politico. “The days are over of African Americans sitting around singing ‘Kumbaya’ and hoping and praying that somebody will come and save them. We’re gonna save ourselves.” Armed Black Panther demonstrations convinced the NRA and California Gov. Ronald Reagan, the future president, to support gun control in the late 1960s. 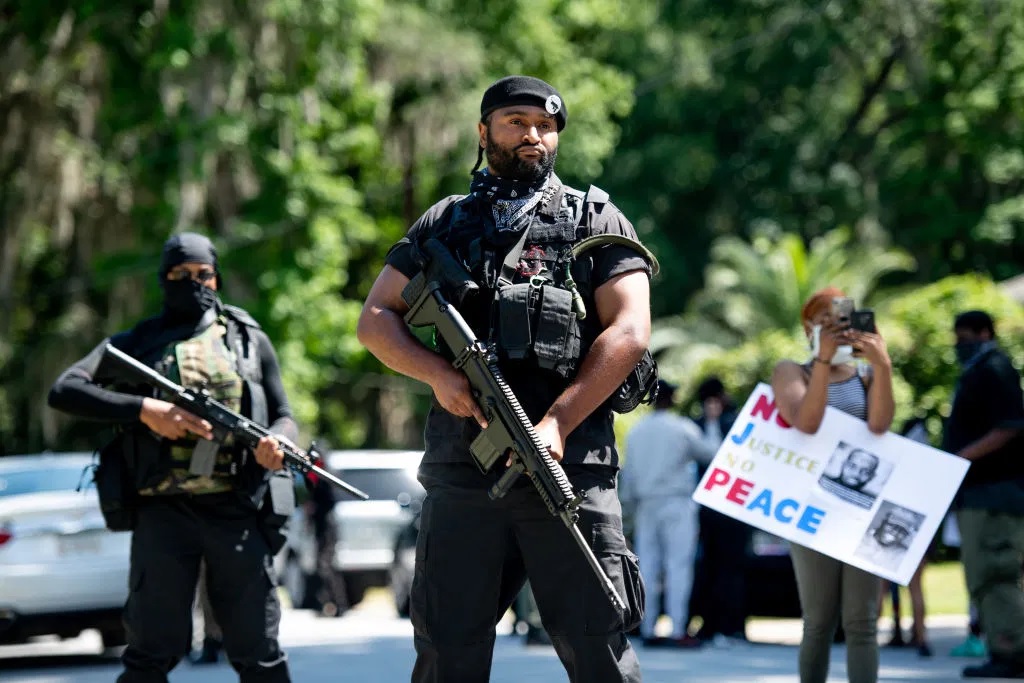 The ongoing rise in tension coupled with the rise in Covid 19 cases is what Trump hope will bring chaos and thus benefit his reelection bid. But the polls and other indicators are proving otherwise. Many Americans have negative opinions about Trump and are not going to vote for him in November. Whether the country as we know it will remain intact before the election remains unknown, but it is time for the leaders of both parties to start taking the risk and danger of Race war seriously.

I Got Stopped on Bike Rides Because I ‘Fit’ a Description