Residents of the Afro-Mexican community of Cuajinicuilapa, in the southern Mexican state of Guerrero, pay tribute to their origins and culture by celebrating their patron saint Nicholas of Tolentino.

A colorful celebration that takes place every year… but the Afro-Mexican population has long struggled for recognition.

We have been telling the world that Afro-Mexican people, due to internalized racism, due to the whitening that has gone on for years and years, from generation to generation, we are the product of that,” Mijane Jimenez said.

“I am Afro-Mexican because I want to be and because I can be.” 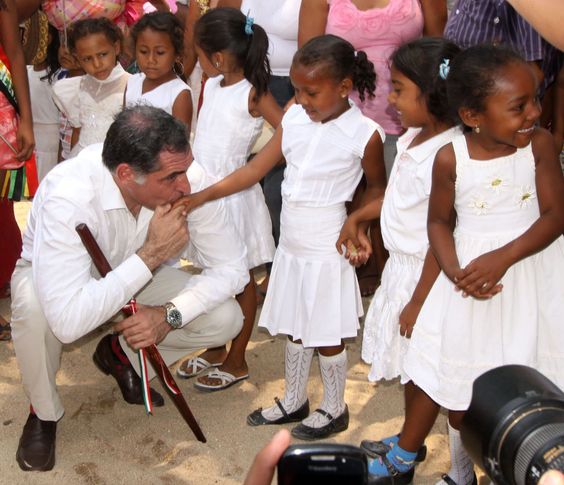 The African part of Mexico’s story was relegated to a few sentences in school books, where it is likely to remain unless the mestizaje concept is to be redefined again.

Some observers say that Mexico’s African past has been buried so deep that even black Mexicans are only just beginning to hear about it.

“Children, especially young ones, are motivated from an early age to accept their origin because there is still denial,” said Angelica Sorrosa.

“Who wants to be the descendants of slaves? No one.”

Around 200,000 slaves were imported into “New Spain” in the 16th and 17th centuries to work in the silver mines, sugar plantations and cattle ranches.

The demise of Mexican slavery helped the descendants of slaves rise to prominence early on, but independence also put the black population on the road to invisibility with the drive to eliminate ethnic distinctions and build a national identity on the idea of mixed race.

“We created a museum so that it would be like a stone that says that we did exist, and I hope that we will be remembered by those who come in the two thousand that follow.”

The Afro Mexican communities were recognized in the Mexican Constitution last year.

According to the 2017 National Survey on Discrimination, Only 2.9 million of the 100 million Mexicans identified as Afro-Mexican.

Nigeria identifies 100 who may have been...