North Carolina police department has refused to release the Damaging video of the latest shooting of an armed black man.

The man, identified as Andrew Brown Jr., got into his car and started to drive away from law enforcement, according to those who say they witnessed the shooting. That’s when shots were fired by the deputy. Neighbors said they heard six to eight shots.

His family says Brown did not carry a gun and wouldn’t hurt anyone. He was the father of 10 children. Public records indicate Brown was 42. 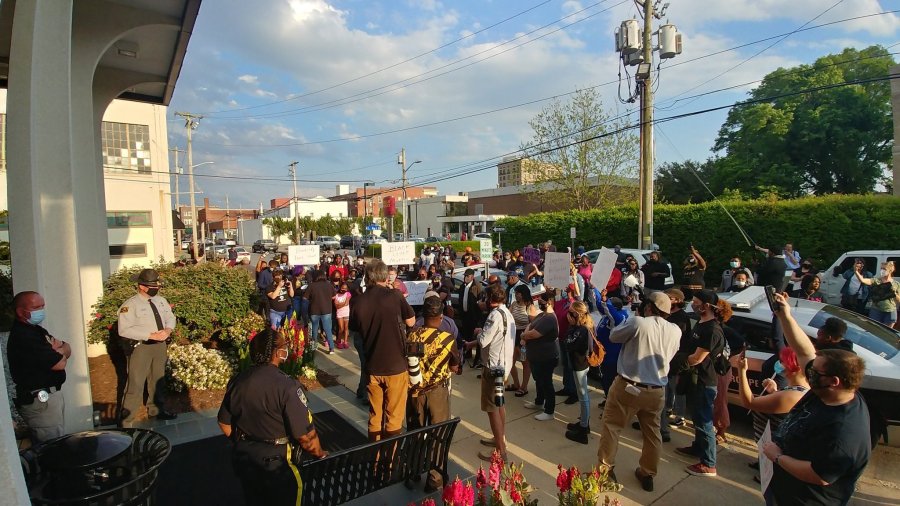 THE PROTEST has continued into the night as various community members have led a march around downtown. All along @elizcityPD has blocked off the streets ahead of them. In 1st pic you’ll see a @cvspharmacy. I’m told they boarded up following this mornings shooting @WAVY_News pic.twitter.com/RbVDzfTKxy

Some community members were irate and shouted at deputies standing around the scene. Some said Wednesday’s shooting was just another example of law enforcement ending the life of a Black man. They say they’re tired of hearing it.

“Why? I mean, we want to know why would they not take the proper procedures in dealing with this instead of opening fire to an unarmed man,” said Ebony Hockaday, a family friend.

Another unarmed Black man shot 10 times by a white Virginia sheriff’s deputy after the victim called 911 for help. The police department refused to release the video! Daily shooting of Black men continues !