A picture they safe can mean many words. Hillary Clinton did not hide her emotions and happiness as she cast the very first New York vote for president-elect Biden.

Following her vote, Ms. Clinton renewed her call for the dissolution of the Electoral College, with the winner of the presidential election determined by a popular vote. 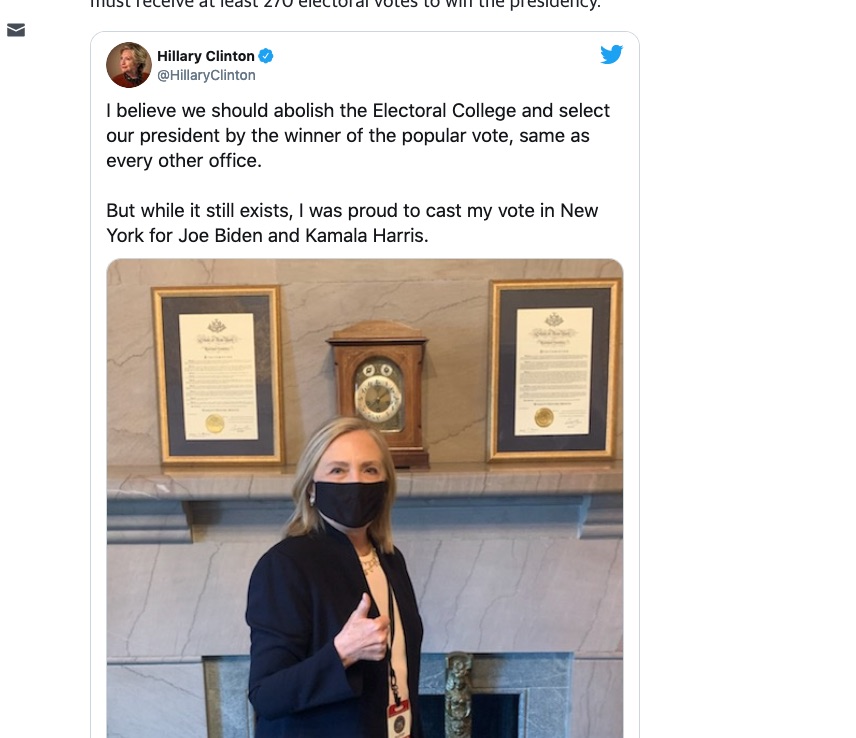 Ms. Clinton is proud to be the first among electors who will deliver the likely final blow to the president’s attempts to overturn the results of the 2020 election.

BLM Organizer Blames Mayor Bowser, D.C. Police for Pro-Trump Violence: ‘They Were Coming to Harass Us’