A few weeks ago, I had what I’ll call an “encounter,” that I’m having trouble shaking.

For context, I will tell you that the “encounter” occurred on a side street, in a small village, in a suburb of upstate New York, in the middle of the day, in the middle of a snow storm large enough to close all the schools within the county. If you know anything about upstate New York, you know that we are not chumps when it comes to snowfall — so when the schools close, you can imagine it was more than “a dusting.”

It just so happened that I had a dentist appointment, and because dental hygiene is important, I trucked out in the storm to go.

I got out of the car and was waiting for two cars to go by before crossing the street. The first car passed. The second car slowed down to a dead stop. Although I could not see the driver wave me on, the car was not moving, so I made my way across the street. Safely on the other side of the sidewalk, I watched as the passenger window rolled down and a middle-aged white man leaned out of the car.

With his hands together, eyes squinted, he bowed to me and yelled in an exaggerated Asian accent, “You should say thank you.” I raised my hand in appreciation of allowing me to get across the street and then realized what had just occurred as he was rolling up his window. At this point, it may be helpful to know — if you haven’t figured it out already — that I am Asian.

You are entitled to think about this “encounter” however you want. There are a spectrum of thoughts you might have about what happened. Anything from “What’s the big deal?” to “I can’t believe things like that still happen today!” You are entitled to your opinion, and no matter where you are on that spectrum, there are a few things I’d like for you to consider.
Discrimination and racism happen every day. 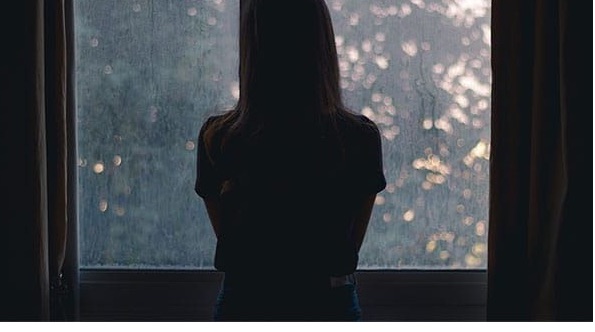 “That would never happen here!” you might be thinking to yourself. “I know that discrimination and racism still happen, but I haven’t heard anything about it in my town,” you might be saying. Guess what, folks? It does. It happens in your town, and to people you know. It might not make the front page of The New York Times, but I promise you it happens where you live … every day.
Most of us have some sort of unconscious bias.

In my career, I have had to attend professional development sessions regarding unconscious bias (also known as implicit bias). To be honest with you, prior to attending these sessions, it is not something that I personally gave a significant amount of thought to (which is the point of the name, I know). If you have never heard of this term before, the most simplistic definition I have is this: stereotypes, judgments, and behaviors that you have toward others that you are not aware of.

We need to consider our own privilege.

This is another term that people seem to get a bit touchy about. Thinking about one’s own privilege can be another tough pill to swallow, just like thinking about one’s own unconscious bias. If someone is asking you to think about your privilege, they are not implying that you have not worked for the things that you have. It does not mean that you have not known struggle or hardship in your life. It does not mean that you are made of money, or that you grew up with a diamond-studded spoon in your mouth. Considering your privilege means to take a look at yourself and think about the things that might have naturally come with being a certain color or gender, or socioeconomic status, etc.

“I love everyone! I am not a racist and I don’t discriminate!”

I believe that for the majority of the population, the above statement is (consciously) true. But unconscious bias exists, and an unawareness of privilege exists. I also believe that people don’t know what they don’t know, and sometimes that perpetuates stereotypes, discrimination and racism without a person even realizing it.

For example, I recently sat through an incredibly informative presentation about segregation in my own area and how it was perpetuated by town zoning laws, housing ordinances, and government mortgage loans. I have learned about some of these things occurring throughout history, but seeing it in my town hit home.

You might love all, but unknowingly be supporting an idea that excludes a subgroup of the population. You might be all in for equality, but unbeknownst to you, be in support of a politician who supports laws that make things much more difficult for some but not others. My point is, find out the facts. Ignorance can sometimes be bliss (like the restaurant that doesn’t have the calorie count for the sundae next to it), but it can also sometimes perpetuate racism and discrimination.

For me, my reality is that I have had moments in my life where I am the target of a racist remark or action, or have been made to feel small and inadequate because I am a woman, or judged because my partner happens to be of a different race than me. I don’t know any differently. But believe that these things continue to exist, take a reflective look at your own ideas and adjust where necessary, and get knowledgeable. Oh … and try to be nice.

To the guy in the van, who thought a winter snow storm was an appropriate time to practice your Asian accent: Karma is real.