Home PoliticsAfrica News A white man; Adam Bloom calls 911 because a Black woman and her son were using the pool in her residence. “I was just protecting white, people,” he said
Africa NewsAsia NewsBreaking NewsBreaking News VideosLatest NewsLifePoliticsUncategorizedUS NewsWorld News 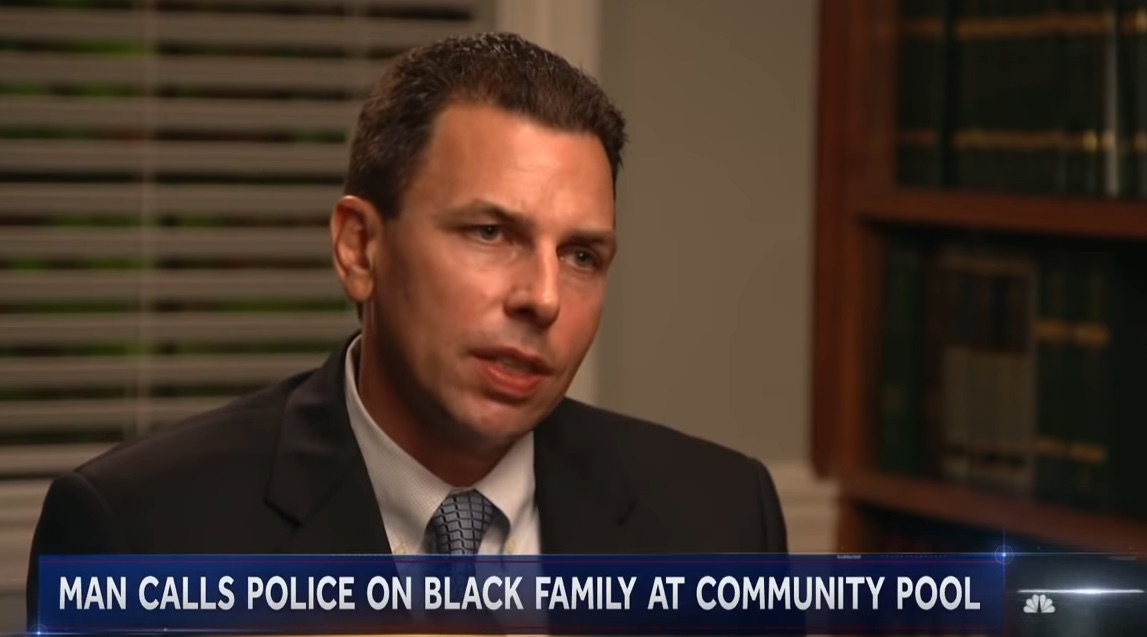 A white North Carolina man confronted and almost attached a black woman for simply using the community pool. The black woman, Jasmine Abhulimen, posted a Facebook video of the episode at the Glenridge Community Pool in Winston-Salem.

In the video, Ms. Abhulimen said she was swimming with her son and accused the man, Adam Bloom, of racial profiling. The video shows police officers confirming that there was no rule requiring identification at the pool. Ms. Abhulimen is a resident and had a key card issued to residents that allowed her to enter and use the pool.

Bloom worked at Sonoco, a major international packaging supplier. Mrs. Abhulimen said she has been harassed several times by many white residents. Most of them claimed to be Trump supporters.