African Immigrants in Europe: Their Present and Future Challenges

The stories of African immigrants risking their lives and leaving everything and everyone that they love to engage in risky and uncertain travel to Europe are nothing short of harrowing. Most African Immigrants left their homes with whatever they could take to make a perilous journey across the Mediterranean Sea to find a better life in Europe.

The death rate of those who actually try out the treacherous waters is high, claiming thousands during the surge of immigrants leaving Africa in the 2010s. For all of the risks, there aren’t any guarantees of security or even employment once they arrive in Europe. For most, there is no longer any hope for returning back to their beloved home; Africa.

As we enter a new decade, the question many African leaders need to ask themselves, is whether they are willing to address the underling issue causing African youths to perish in the Mediterranean Sea, or continue to neglect their outmost responsibility and allow Africa to continue to sacrifice its youths and future. One of the most high profile incidents of African youths’ drowning was November 5th, 2017 when 26 Nigerians died while trying to cross the Mediterranean Sea to Italy.

While thousands have perished on the way to Europe, the sad reality is that even Africans that immigrate legally face amazing trouble finding livelihood and security in Europe. The challenges African immigrants faces are significant and will undoubtedly be explored in this article. I chose to write on this issue because as an African, I understand the desperation that many African youths are experiencing in a continent where resources are suppose to be plentiful. This particular desperation profoundly rooted in a hopeless future continue to serve as an impetus to the drive to flee Africa at all cost. 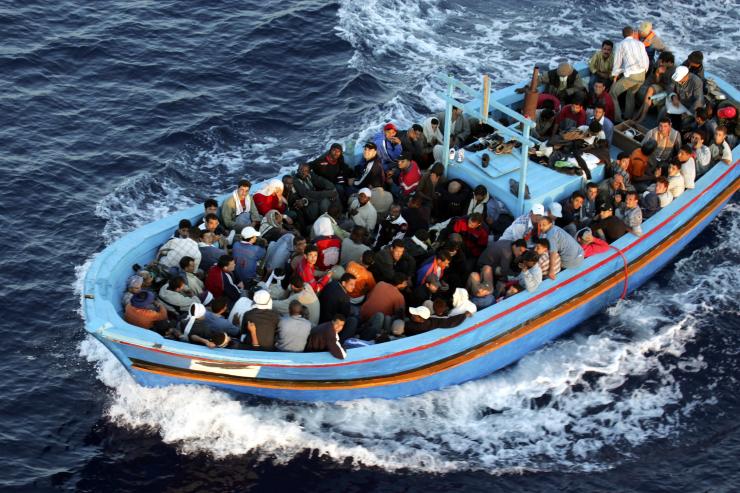 What is Driving African Immigrants to Europe?
The primary issue at hand is that people are being driven from their home country to other nations. Yet, the question remains: why are they coming to Europe at all? According to National Geographic, many of the immigrants are fleeing as a result of a chain reaction of events that typically follows a pattern of war, displacement, economic instability, and lack of a functioning government.

While they’ll usually find themselves in a nation which has a functioning government along with peaceful society, but they frequently take on new challenges which are practically as hard, and quite often much more complicated compared to the issues they fled from. Whether they were fleeing government instability, economic collapse, or military conflicts, African migrants face a frequent difficulty: integrating into a brand new European society which is struggling to get over its established racist and hostile cultural attitude towards Africans. In 2018, Luca Traini, an Italian embarked on a shooting spree targeting African Immigrants. 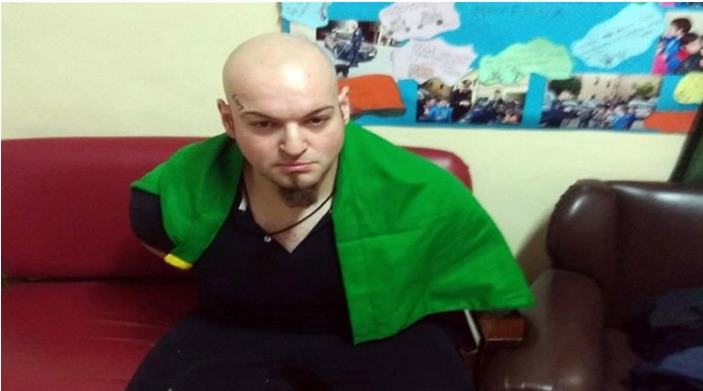 A Difficult Path to Safety
Generally, there are two paths to Europe for people in African nations. They can apply for asylum and immigrate legally. Otherwise, as is the case with much of the West African immigration to Europe in the 2010s, they travel over dangerous waters in hopes of reaching the European coasts alive.
According to a report by the United Nations, it is estimated roughly 5,000 people will die every year trying to cross the waters. However, that is not stopping many people from coming to Europe in search of a better, safer, or more productive life.
Kwadwo Boakye-Yiadom of the Migrant Watch & Skilled Revolution Front said, “Migrants have come to believe that the only way to make it in life is to leave the country.”
Even if it requires being smuggled into a country by a professional, it’s better than the alternative of scraping by in their home country. However, that’s not to say that the masses that come to Europe are uneducated and looking for jobs for which they are not qualified. In fact, most African immigrants to Europe are educated but were not able to secure jobs that could help them earn a living. While many immigrants knew a journey to Europe would result in a better life for them, they found many difficulties in store. In most cases, many found themselves trapped in a terrifying cycle of extortion, imprisonment, forced labor and prostitution. 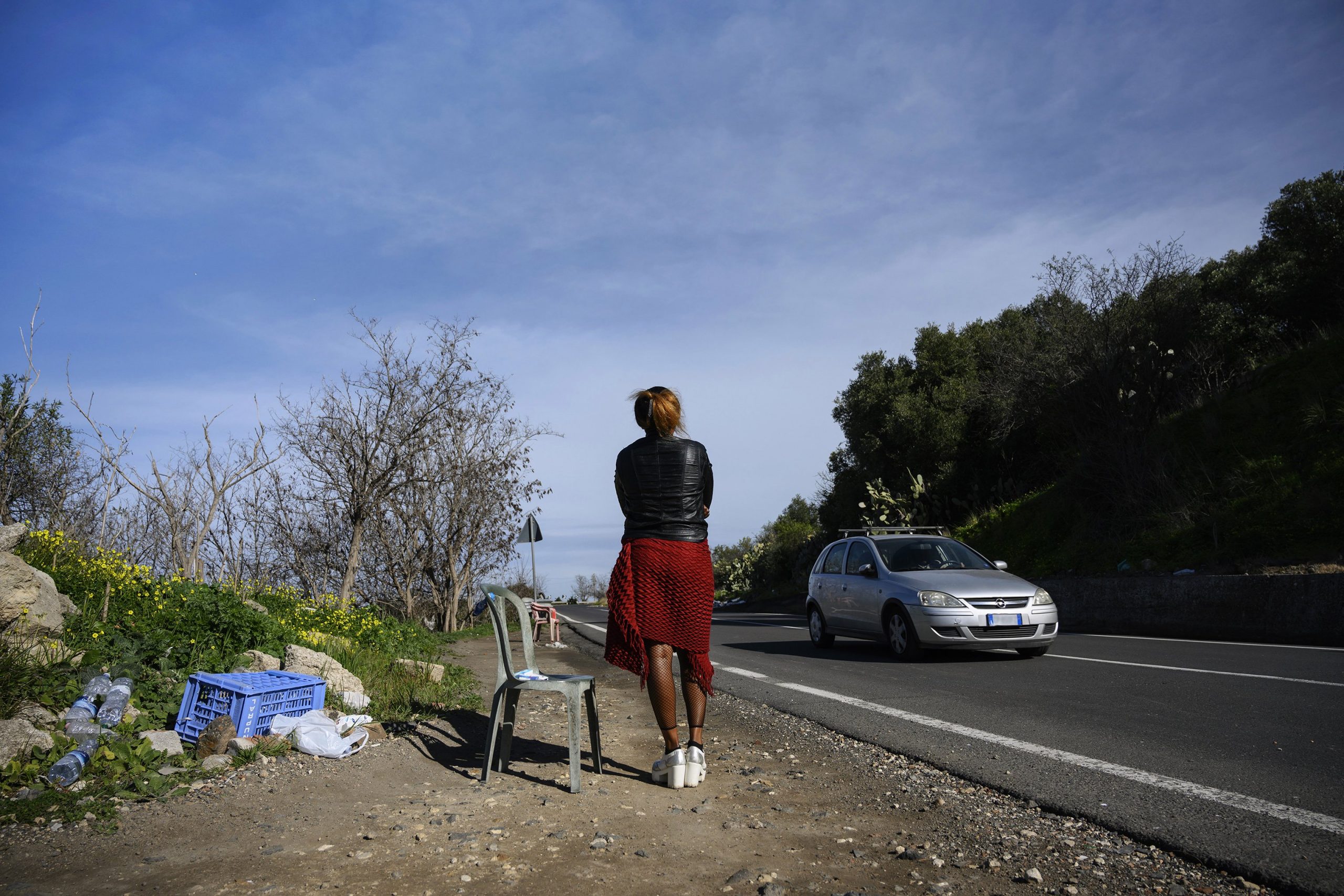 Blessing, 29, a Nigerian woman from Delta State, waits for customers while working as a prostitute along a road in Sicily, in Southern Italy, January 23, 2019. Blessing, like many other Nigerian women, traveled to Italy on false pretences, and ended up being trafficked into sex. Due to lack of economic opportunity, Nigeria is one of the major source countries of African migrants to Europe. Many of them take the perilous journey through Libya, where women are sold into brothels, and the men are often beaten and tortured for ransom. (Credit: Lynsey Addario for Time Magazine)

Race and Cultural Challenges in Europe
One of the major challenges that African immigrants face while in Europe is related to race and culture. The fact is that many African Immigrants, especially immigrants from North Africa bring with them values from their cultures that are not necessarily in line with mainland Europe. There are generally two versions of this problem. People that are more liberal-minded conflict with African people who have a religious or moral code that is against things like homosexuality. Likewise, those who are more conservative in their views grate against new religions and culture influencing their laws or changing the face of their country.
It seems as though any time there are numerous cultures with strong beliefs in close quarters, as they have become in European cities that have seen millions of immigrants, there are going to be problems. Yet, there is an existential aspect to this trouble as well. The immigrants come from every corner of the continent and have difficulty congregating with people from their own culture to preserve their sense of self in countries that seek to make people blend into the existing culture.
Personal Challenges for African Immigrants in Europe
The personal issues for African immigrants are vast. For one factor, finding work that is steady and housing is difficult. The agency which help resettle immigrants in Europe via asylum packages as well as immigration are stretched thin by the continual flow of immigrants. Together with the language as well as culture barrier, African Immigrant deal with racial discrimination in most facet of life; from renting an apartment to seeking employment, and in a number of instances denial of the chance to enjoy a good food in an average restaurant.
All the while, the EU is starting to urge people to return home if they can, beefed up security measures, and are making processing centers into places that hold people to determine their needs and possibly force them to go back if they are just economic refugees. Many countries claim that they don’t have the resources to effectively resettle people. Thus, even if someone makes it to Europe, there is no guarantee that there is a spot for them.
The Difficulty and Shame of Returning Home
Many of the African immigrants who made it to Europe, found a job, and are living a reasonable life, but still feel as though they can’t go home. Many of them are determined to find success, and anything less than that would be shameful to them. This is especially true for the thousands Nigerians that have family back in their home country that they support with the money they earn in Europe. According to the World Bank, Egypt and Nigeria account for the largest inflows of remittances into Africa in 2019. Nigeria led the Continent in terms of remittance receipt in the amount of $25.9 billion dollars.
According to the UN, many immigrants know that there are no opportunities waiting for them at home and that they are better off where they have settled. There is a lack of schools, jobs, and development across much of Africa.
So, the final challenge is whether many of these African Immigrants feel worthy of returning home, knowing that their return back to Africa would do nothing but add to a growing crisis of unemployment with no end in sight. Especially in country like Nigeria where its leaders are preoccupied with the debate of the president’s daughter use of the presidential jet. 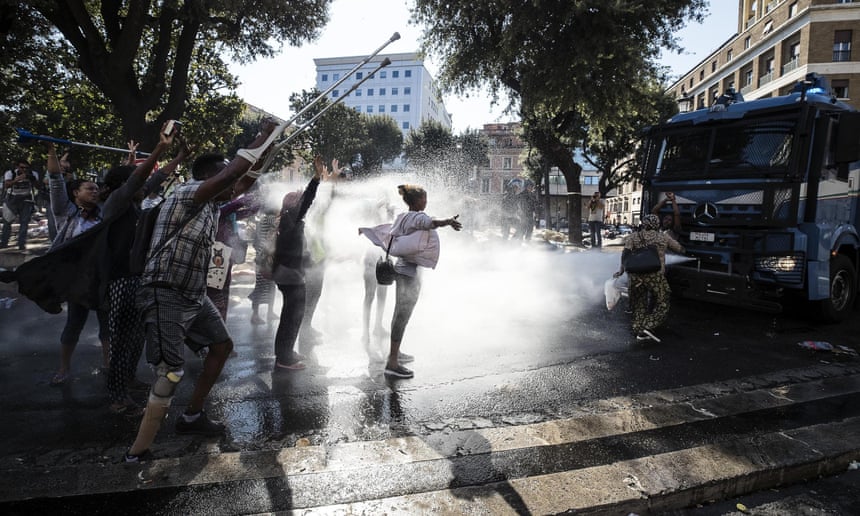 There are a vast number of challenges facing African immigrants in Europe. They have to overcome the process of getting to the Europe, finding work, navigating unfamiliar territory, and leaving behind their family and friends in hopes of making a better life for themselves. For many African Immigrants, this is no longer seeking a new opportunity for life, it is now becoming a sad, self-imposed exile.