RALEIGH, N.C. A police shooting that wounded a suspect during a foot chase in North Carolina sparked protests early Wednesday from hundreds who demanded answers and burned a flag outside the governor’s mansion.

Firearms-related charges were later filed against the man, who was wounded in the encounter with police in the city of Raleigh. Body camera footage released Wednesday afternoon shows him running toward an officer during a foot chase with a black object that police identified as a gun.

Officers responded to a 911 call Tuesday evening by a man at a restaurant in eastern Raleigh who described a group of men “talking trash” and one of them “flashing” a gun, according to a recording of the call. Police Chief Cassandra Deck-Brown said arriving officers spotted 26-year-old Javier Torres, who matched the description of the man with the gun.

Torres ran and was chased by officers who repeatedly ordered him to stop and drop the gun, Deck-Brown said. Torres was shot in the abdomen by an officer who had joined the chase, the chief said, adding that the suspect was running directly toward that officer and would not drop his gun.

The extent of Torres’ injuries wasn’t clear. Wake County District Attorney Lorrin Freeman said in an email Wednesday that Torres remained in hospital care but could not elaborate on his condition. 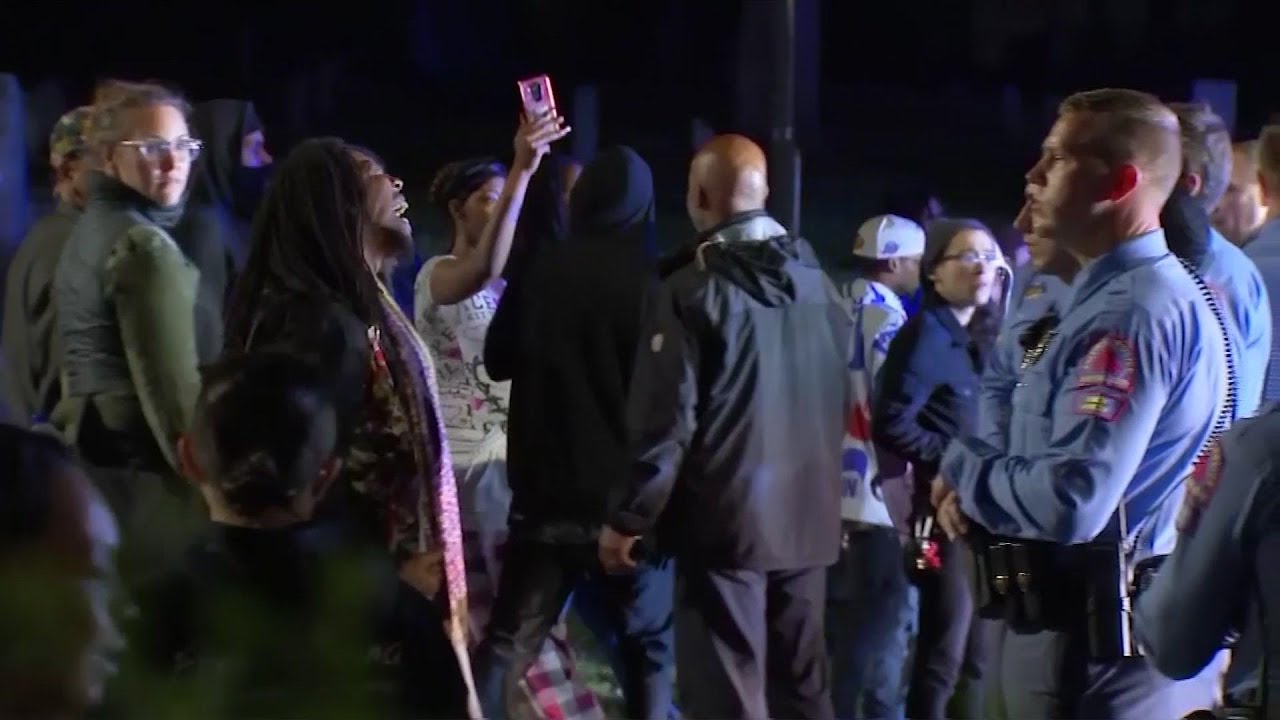 On Wednesday afternoon, Raleigh Police issued a statement that Torres was charged with altering a gun’s serial number, “going armed to the terror of the public” and resisting or obstructing officers. It wasn’t clear if he had an attorney, and calls to a listing for a possible relative rang busy.

A handgun, as described by the 911 caller, was located at the scene of the shooting, police said. No officers were injured.

Police body camera footage shows officers arrive in cruisers in response to the 911 call and identify Torres based on his description. A black object, which police say was the gun, is seen in his waistband and he holds a pizza in his hand. He takes off on foot, and officers begin to chase him, the video shows.

Another officer approaches from another angle, and fires a shot from a few feet away as Torres runs in his direction, the video shows. Police say Torres was holding the gun in his right hand, though the blurry black object is hard to discern in the footage. Officers are seen giving first aid to Torres as they wait for an ambulance.

Deck-Brown had directed her department to ask a judge to release the footage, and the judge approved the request.

Deck-Brown spoke to reporters at an early-morning news conference, saying she wanted to “address some misinformation that is circulating on social media” about Torres’ age and the circumstances of the shooting.

“The body-worn camera footage will show that some of those statements were inaccurate,” she said, adding, “As a result of the reckless and false information that has been spread on social media, a number of spontaneous protests occurred during the night which resulted in minor damage to property in and around the downtown area.”

The scene Tuesday evening quickly became chaotic, according to police radio recordings released Wednesday afternoon. After calling in the gunshot wound, one or more officers can be heard on the recordings saying “large crowd forming,” “we need multiple units of crowd control’ and finally, ”we need every available unit possible.”

Footage from news outlets showed that a large crowd gathered and began street protests that continued into early Wednesday, moving to the police chief’s home, where people demanded she come outside, and the governor’s mansion, where a U.S. flag was taken and later burned in the street. WRAL-TV footage showed a flag burning in the street near the governor’s mansion and an empty flagpole in front of the residence.

“Whose streets? Our Streets!” demonstrators chanted, as lines of protesters and police faced off in places around the state capital.

Community activist Kerwin Pittman said he spoke to witnesses after the shooting, and they told him Torres was unarmed, something the police chief later denied. Similar witness accounts saying the suspect also appeared to be a teenager had circulated on social media.

“They say he was carrying a pizza box,” Pittman told The Associated Press by phone early Wednesday morning.

“The city is fed up,” Pittman said. “We feel there is always something happening with the Raleigh Police Department. We feel like they are brutalizing us,” he added.

He said the protests would continue in a community that has long sought police transparency but faced an uphill battle.

Rolanda Byrd, whose 24-year-old son, Akiel Denkins was shot by Raleigh police while running from an officer in 2016, said before the police chief’s news conference that she should come out to meet with protesters: “She needs to be out here to support her black community, right now, tonight.”

This shooting happened in the same area where Soheil Antonio Mojarrad, 30, was fatally shot in April 2019 by police who said he was wielding a knife. In that case the officer was wearing a body camera but it was not activated. According to an autopsy, Mojarrad was shot eight times. The Wake County District attorney declined to pursue criminal charges against the Raleigh police officer in that case.

This story has been corrected to reflect that Mojarrad was shot eight times in the 2019 shooting.

The Latest: US advises Americans to reconsider travel abroad

Police Looking for Man Who Was Seen...