An Innocent 25 years old Black Man chased and shot by two white men while jogging. Police in Georgia refused to make any arrest.

The family of Ahmad Arbery is demanding for justice. Its been more than two months since Arbery was shot and killed in Georgia by 2 white men. Police say Arbery was chased by two white men in Brunswick who suspected him of a crime, but his family and friends say all the victim was doing was jogging.

Arbery’s mother Wanda Jones told CBS News correspondent Omar Villafranca. “An arrest should have been made already.”The dispatcher then asks what the man is doing and the caller says, “running down the street.”
According to a police report, Gregory McMichael said he saw Arbery run by and recognized him from the break-ins. He and his 34-year-old son Travis McMichael then grabbed a shotgun and a pistol and got into their truck to go after Arbery, chased him down and shot him. 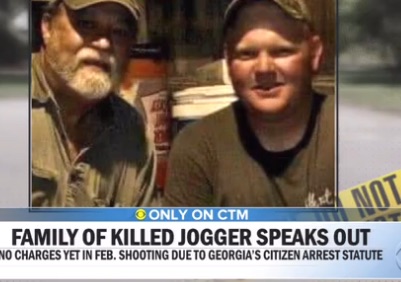 WHY EUROPEAN AND AMERICAN’S PHARMACEUTICALS ARE RUSHING TO CONDUCT VACCINE EXPERIMENT IN AFRICA. A Lessons From Pfizer’s Historical Unethical Drug Trial on Nigeria children.

African Immigrants in Europe: Their Present and...