An Oregon man was arrested and charged with fatally shooting 19-year-old Aidan Ellison at a hotel on Monday, according to local reports and The Ashland Police Department. The murder suspect is a Trump supporter and was very angry after Biden won the presidential election. According to many of his close friends, he became angrier and expressed his hatred for African Americans and other minorities. He also continued to repeat Trump and the Republican lies that Biden stole the election. 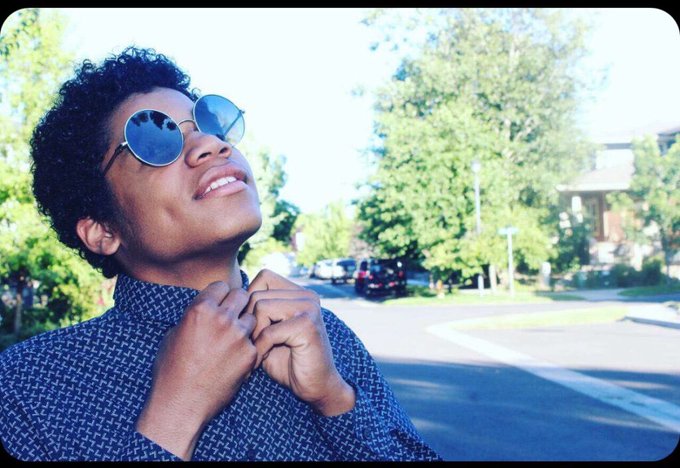 The suspect confronted Ellison over loud music and ranted about the election and other racist issues and allegedly fatally shot him, authorities said. Ellison was found with a gunshot wound to his chest.

The shooting has drawn condemnation from Southern Oregon’s Black community, which raised concerns about the area’s culture and history of white supremacy. Many experts predict that Trump’s focus on lies and division has lead to many racist attacks against African Americans and other minority groups. 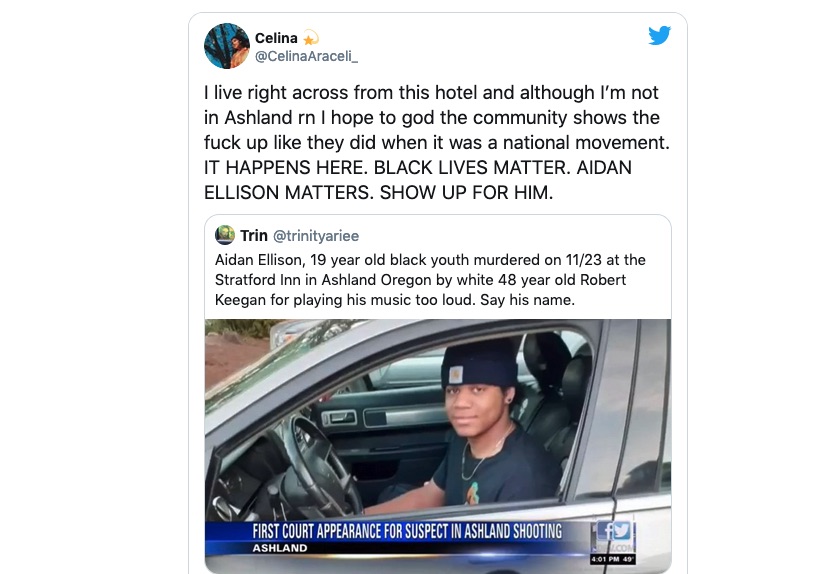 Many in the community are shock and have all great things to say about the talented kid with so much promise. Sara Jones, Ellison’s roommate, told ABC 12 that “Aidan had the kindest kind of soul” and that “he was a good kid. He was full of laughter love. He, he was just a great person. He always liked to have fun.”