Armed White Supremacist Groups, Proud Boys and Trump Supporters  Disrupt the funeral of a  black man killed by a white officer in Texas

As the family of Price, the Black man murdered by White  Texas Police gathered on Sunday night for a final goodbye to their son and brother, Armed White Supremacist, Proud Boys, and Trump supporters arrived at the funeral and caused chaos, all armed claiming “to protect my city”. 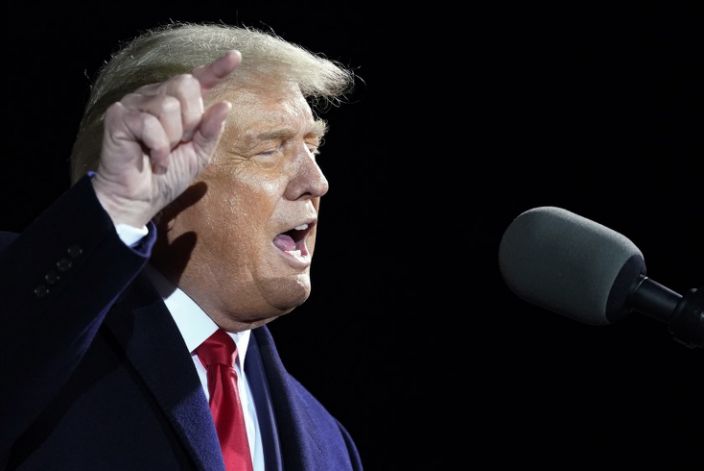 Hundreds of people on Sunday night gathered in Wolfe City, a city of about 1,400 roughly 70 miles northeast of Dallas, for a candlelit vigil in memory of Price.

Mourners angrily confronted the gunmen, but the Texas police refused to act or direct the armed white supremacist groups to leave a peaceful funeral.

The moment an armed man appeared after the Jonathan Price vigil in Wolfe City. Things got out of control after he showed up with his firearm. Several protesters tried to tranquilize the situation. Police arrived minutes later, no arrests were made. pic.twitter.com/7JFsuVkDtv

Many experts now believe that these white supremacists and other hate and Terrorist groups are responding to Trump’s call for them to standby.. In this case, they went to disrupt a peaceful funeral of an innocent Black man shot by a white policeman

Pelosi’s next move on impeachment unclear as...

African Leaders are stepping up! No longer...