Home PoliticsAfrica News Asian husband and wife called 911 and lied about Black family having a gun and threatening them; an attempt to get the police to shoot the family
Africa NewsAsia NewsBreaking NewsBreaking News VideosLatest NewsPoliticsUS NewsWorld News

Asian husband and wife called 911 and lied about Black family having a gun and threatening them; an attempt to get the police to shoot the family

Is every black kid a criminal or owns a gun ?’ a family member questioned after the traumatic incident that involves an Asian husband and wife who call 911  and reported a false statement that the Black family pointed a gun at them.

A viral video shows a family lying to the Toronto Police during a disagreement, claiming the Black family on the opposing side had a gun. 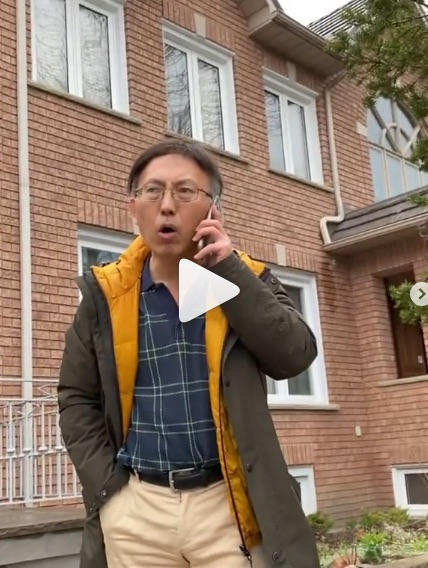 In video footage uploaded to Instagram by Tessah Janae Munroe, a professional hairstylist,  the man can be seen and heard falsely telling law enforcement the siblings were armed with a gun. He repeats “My wife saw the gun,” “They are threatening me,” and, “My wife said they have a gun,” as the siblings watch and listen confused.

The reality today is that Immigrants have adopted white supremacist doctrine and techniques when dealing with Black citizens. They quickly learn from the system that indoctrinates them that they are free to use the police to accomplish their racist agendas.

“I cried literally all night and all morning and my family and I are traumatized because my sibling could’ve gotten seriously hurt yesterday,” Munroe wrote in her Instagram caption. “You come to this country for a better life and this is the bullshit you have to deal with! Racism is at an all-time high and we’ve never experienced anything like this…And then these people are let off the hook is a slap in the face…..Is every black kid a criminal or owns a gun because they have dreads????? Or dress in Nike sports attire????? This is super sickening on sooooo many levels!!” 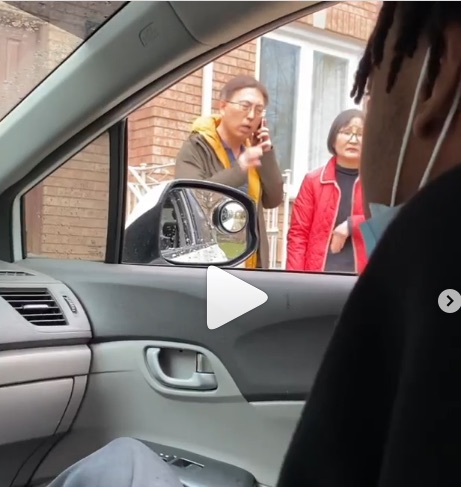 Toronto Police confirmed to BlogTO on Tuesday that “police responded to a radio call for a person with a gun in the area of Finch Avenue East and Bayview Avenue” on Saturday around 6 p.m. According to the report, “officers arrived on scene and no gun was located or seen, and no threats were made.”

the humiliation of calling 911 to falsely accuse black youth of having a gun, thinking you'll get your way, only for the cops to show up and yell at you for lying pic.twitter.com/MSwfGFERRi

Many experts believe that if this situation had occurred in the United States, it would have resulted in the police shooting a member of the Black family.. You be the judge.

Not even the US Army uniform stop white Virginia police officers from threatened to shot a Black man during a traffic stop.