At least 17 dead as Chinese coronavirus spreads, despite efforts to contain it

The new coronavirus continued to spread across China and nearby countries Wednesday, with authorities in the province where it began reporting that 17 people have now died as a result of infection, almost tripling in a day.

Officials have warned that the virus could mutate, complicating efforts to contain it in the middle of the busiest travel period on the Chinese calendar. Some 400 million people are on the move in China in advance of Lunar New Year’s Day, which falls on Saturday.

More than 470 people, almost all of them in Hubei province, had been confirmed as having contracted the virus on Wednesday evening local time, according to the latest tally from national and local health commissions.

Chinese state media struggled to keep their tally up to date Wednesday as new cases were reported around the country. The Chinese territories of Hong Kong and Macao also confirmed their first infections.

South Korea, Japan, Taiwan and the United States have each reported one case of the virus, while Thailand said the number of infected people there has risen to four.

The World Health Organization is holding an emergency meeting Wednesday to decide whether to designate the outbreak as an international public health emergency.

Chinese health officials confirmed that the pneumonialike virus came from wild animals sold at a market in Wuhan, the city of 11 million people that is the capital of Hubei province. A group of experts from the Geneva-based WHO visited Wuhan on Monday and Tuesday, visiting hospitals, the airport and laboratories.

President Trump said from Davos, Switzerland, where he was attending the World Economic Forum, that Americans have nothing to worry about because there was only a single case in the United States so far. “It’s one person coming in from China, and we have it under control,” he said.

But the virus has so far defied control in China, and the mass movement of people ahead of the new year holiday — the largest human migration on the planet — poses a unique challenge.

“At present, during the Spring Festival travel rush, the number of people on the move has surged, which has increased the risk of an epidemic and the difficulty of preventing and controlling transmission,” National Health Commission vice director Li Bin said Wednesday, using the Chinese name for the holiday. 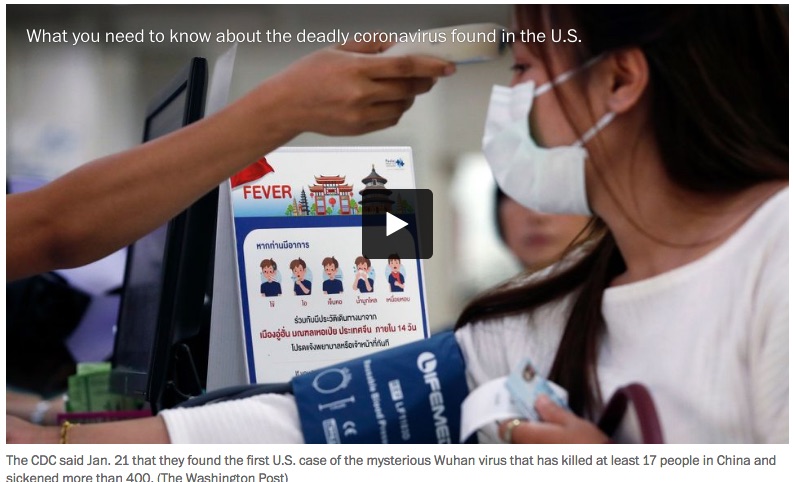 Highlighting the difficulties in responding to the virus, it emerged that Wang Guangfa, a member of the National Health Commission’s expert group that traveled to Wuhan to investigate the outbreak, was among the infected.

Wang had said on Jan. 11 that the capacity of the virus to spread was relatively weak and that the situation was under control, according to the People’s Daily, the official media outlet of the ruling Communist Party.

The outbreak could hardly come at a worse time.

An estimated 3 billion trips will be made in China during the 40-day period around the turn of the Lunar New Year, which begins Saturday. It is a time notorious even in China for crowded trains and buses, conditions that are ripe for the airborne virus to spread.

Wuhan authorities mandated the use of medical masks in public places. Anyone going to restaurants, theaters, shopping malls or other places where crowds gather must wear a mask, it said.

Across China, people have been racing to buy specific masks that can protect against the microbes. Many physical and online stores had sold out on Wednesday, leading Taobao, the huge online marketplace, to ban its online vendors from raising mask prices to take advantage of the crisis.

One mask manufacturer in Zhejiang province said it received orders for 80 million masks in the space of a week and has had to call 100 workers back from their holidays and promise to pay them triple their usual salary. Still, the company has said it will not be able to meet demand.

“We should not take this situation lightly and should be on high alert,” Li said Wednesday in a news conference called by central government authorities to try to allay concerns after confirmation that, contrary to initial thoughts, the virus could be spread between humans. 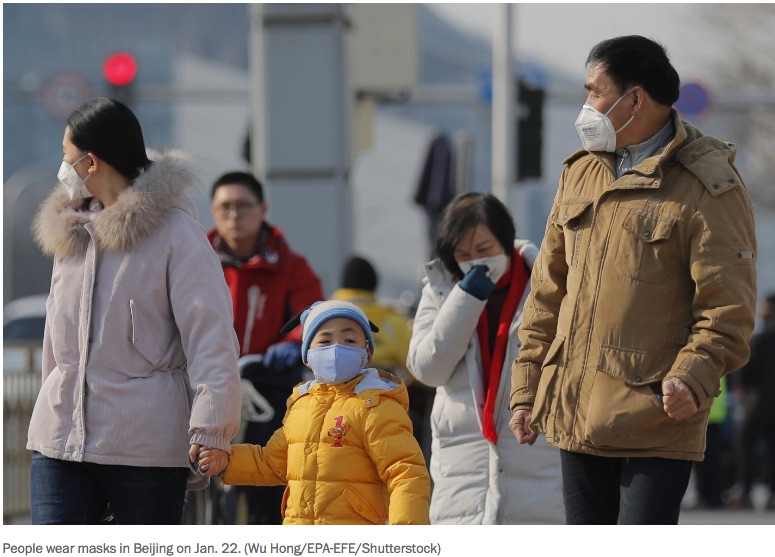 Wuhan, which straddles the banks of the Yangtze River, is a major transport hub for trains, planes and ships.

Some 27 million passengers traveled through Wuhan Tianhe International Airport last year. The airport is among those that offer six-day visa-free entry into China, part of an effort to encourage foreign tourists to stop over on their way to other countries. International destinations reachable by direct flights from Wuhan include New York, San Francisco, London, Paris, Rome and Moscow.

It is also one of the busiest airports for domestic aviation, sitting at the intersection of the Beijing-Guangzhou and Shanghai-Chengdu air corridors.

With an expansion completed this month, the number of flights in and out of the airport had been expected to increase from 600 to 800 a day during the Spring Festival travel rush.

At the same time, China Railway’s Wuhan branch has been expecting almost 25 million passengers to travel through its three main stations this Spring Festival, with a daily peak of about 920,000 rail passengers.

Liu Yang and Lyric Li contributed to this report.

Coronavirus: How it turned the tables on...

Nigeria is a global leader in Cryptocurrencies:...

All the GOP Has Left is Racism...