On Wednesday, the City Council in Austin, Texas, passed a resolution declaring that racism is a “public health crisis.”

Citing racial disparities in the rates of poverty, unemployment, homeownership and arrest, the Austin measure echoes the language of resolutions passed in other cities around the country. According to tracking by the American Public Health Association (APHA), dozens of cities and counties have made similar declarations over the past two months.

“Racism is literally killing Black and brown people. It’s a public health crisis and it’s beyond time to treat it as such,” Austin Council Member Natasha Harper-Madison said, adding, “The inequities are countless and they aren’t because African-Americans are inherently inferior. They are the fruits of generations’ worth of explicitly discriminatory and racist policies, things like housing policies from the federal level on down to the local level, that kept Black residents from even reaching the ground floor of generational wealth-building.”

The council also passed an act put forth by Harper-Madison, the only Black member of the 11-person body, making June 19 a city holiday in honor of Juneteenth, a commemoration of the end of slavery in the United States. A separate resolution also passed on Wednesday by the council states that consideration will be given to renaming areas in the capital linked to the Confederacy and white supremacy. All the proposals passed unanimously.

“It felt like being on the steps of true transformation. It felt like finally, finally being in a position to where Black and brown people feel like they are recognized as citizens of this country, as residents of this country like everybody else. No caveats, no buts, no special considerations, just the same,” Harper-Madison said of the votes. “So that feels really good. It makes me feel hopeful. And, at a time like this, hope is a really beautiful and limited commodity, frankly.” 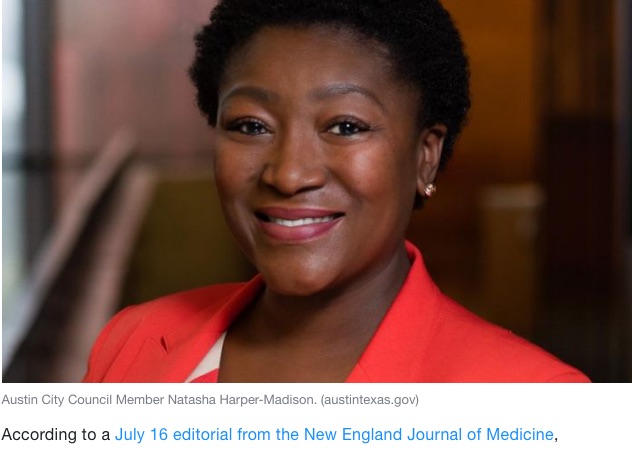 According to a July 16 editorial from the New England Journal of Medicine, discrimination and racism promote disease, “accelerate aging, and impede vascular and renal function, producing disproportionate burdens of disease on Black Americans and other minority populations.”

“We do know that health inequities at their very core are due to racism,” said Dr. Georges Benjamin, executive director of the APHA. “There’s no doubt about that.”

The coronavirus pandemic has underlined racial disparities. Centers for Disease Control and Prevention data has found that Black and Latino populations are far more likely to be infected and killed by the virus than white Americans. A study from the Urban Institute found that the economic fallout from the virus was also widening the already large racial disparity in housing.

In Louisville, Ky., where protests have continued for months following the March death of Breonna Taylor, city officials are considering a similar measure.

“If not addressed it can cause many different health issues,” said Councilwoman Barbara Shanklin. “We should talk about how to get this out into the open and educate everyone about the physical and mental drawbacks of racism and discrimination in order to treat people fairly and with respect. When we do, we will be on the road to a healthier community.”

While many of the resolutions passed across the country are nonbinding and simply declarations, some officials are attempting to use them to direct additional funding to minority communities.

“We must have a new sense of urgency to make this declaration and do the hard work of dismantling racism and creating real transformation,” tweeted Louisville Mayor Greg Fischer. “I look forward to partnering with Council on this work of declaring racism as a public health emergency.”

T. Benicio Gonzales, director of the Center for Health Equity at the Louisville health department, told the New York Times that once the measure is declared, be it by the City Council or an executive order from Fischer, it “could help establish funding priorities and possibly lead to regular reports on how local government officials are addressing racial inequality.” 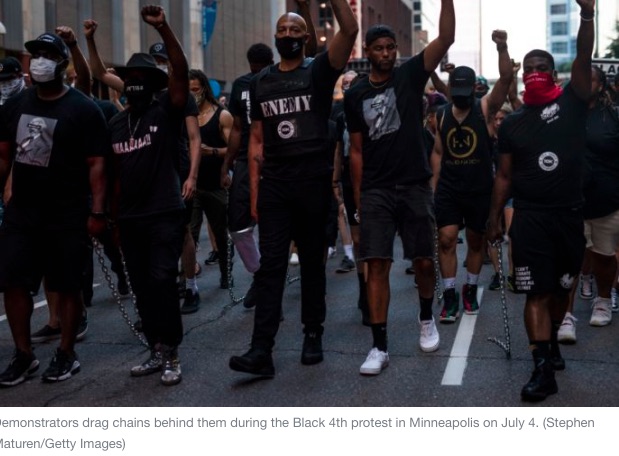 “We have to specifically name racism if we are ever going to move from standing in awe of the consequences of racial disparities to actually conquering and eliminating them,” said Council Member Phillipe Cunningham, one of the resolution’s co-sponsors.

“Systemic racism is among the greatest long-term threats our city and nation are facing, and the last two months have made that reality painfully clear,” Mayor Jacob Frey said in a statement. “For Minneapolis to be a place where everyone can live and thrive, we must recognize this crisis for what it is and approach policymaking with the urgency it deserves.”

The Minneapolis Star Tribune editorial board warned that the declaration would be “nothing more than symbolic without effective action,” concluding, “The challenge ahead for state and local leaders is to find new solutions while also protecting the resources needed to sustain current programs as budgets are stretched in the contracting coronavirus economy.”

Former President Barack Obama delivered a gripping eulogy at the funeral for Rep. John Lewis. As American and the World honor a True Hero

You have the right to film police....