Netflix (NFLX) CEO Reed Hastings and his wife Patty Quillin are committing $120 million to the United Negro College Fund and historically black higher education institutions Spelman College and Morehouse College. The donation, the largest of its kind, was partly inspired by Robert F. Smith, CEO and chairman of Vista Equity Partners, who last year announced that he would pay off the student debt of about 400 Morehouse College students.

“I’m encouraged by the fact that we’re seeing business leaders like Reed and Patty saying, listen, we are going to do something about it. You know, we have centuries of systemic racism and it has been playing out in the form of educational disparities, health care disparities, and economic disparities. … [It’s a] dynamic that we’re really facing as an urgent crisis around how we’re dealing with equitable justice,” Smith said.

Smith, who is the son of school teachers, says education is key to economic uplift, as well as a way to become exposed to different people.

“It starts with getting people to go to school together, to play in band together, to play on sports teams together, in a way that there’s actually an understanding of people, of human beings … It’s important that we create environments where there is an equalization of educational opportunities. And this is a great step in the right direction,” he said.
The need for financial resources

Smith said society needs to create “platforms of justice” in all areas of life, “making sure we don’t have the deserts —banking deserts on the one hand and supermarket deserts on the other.”

Smith also noted that reforms must be backed up with financial resources. “In K through 12, we have to ensure that we have all the elements of every child to basically have the same amount of dollars spent on them in school. … [When] one part of the community has ten times as much money spent on them as the other, you’re going to get disparities in education and opportunity. And I think we need to think about how you equalize that from K through 12.”

When it comes to diversifying corporate America, Smith believes that internships can provide important opportunities for people in the African American and LatinX communities. Smith helped create the “Intern X” program, which matches about 12,000 college STEM students at tech companies where they can train and develop their professional skills. 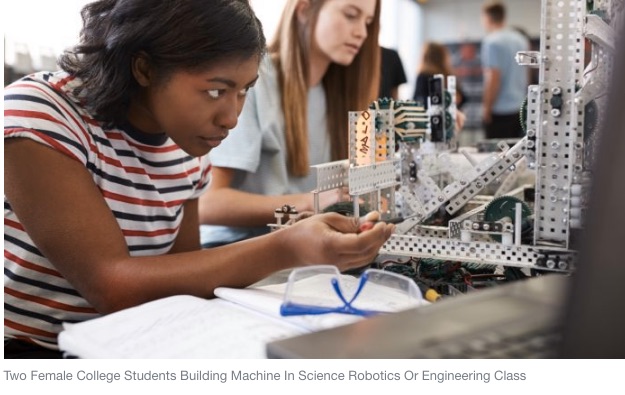 “I think those are the opportunities that create an understanding and opportunity for these young kids and, frankly, the companies who they work for to get to know each other, create exposure and experience, and potentially long term, economic opportunities in terms of full-time jobs,” Smith said.
‘It’s embedded into the psyche of Americans’

Smith said he still wrestles with racism today. “It affects every black person in America. I still feel it today, and it’s disturbing,” he said.

“In spending time with my teenage children, talking about the effects of racism on them, the effects of racism that I still see when trying to raise capital … those dynamics, unfortunately, they have been embedded. This is the whole point of ‘systemic,’ [it’s] embedded into the psyche of Americans and the institutions of America. And those are the things we have to eradicate.”

Smith said it’s important today to take advantage of the awareness around the current social justice movement. “It affects every moment of an African American’s life from the, I get in the car to go drive to the store and get some ice cream with my kids or … when there’s an over-policing dynamic on the one hand and lack of respect on the other … And that’s something we have to fix,” he said.

“This affects every person in America … We have to fix this as a country, we need to seize the moral high ground and put activities in place that say we are who we say we are not who we pretend to be.”

An Open Letter To My Fellow Black Artists In This Unprecedented Time Of Change. From writer, director and content producer Nnegest Likké.