A California man was shot seven times in a possible hate crime attack, which was partly captured on surveillance video.

Bobby Gayle Jr., 45, a cement mason, was preparing to do some work Friday night with a friend in Stockton when the driver of a pick-up truck almost hit them, Gayle’s brother, Marlon Gayle, told NBC affiliate KCRA of Sacramento.

Marlon said his brother threw his hands in the air and told the driver to slow down. Video shows the driver get out and start firing several shots toward Gayle, who is Black.

Marlon said his brother was shot seven times, twice in the face, but is expected to survive. 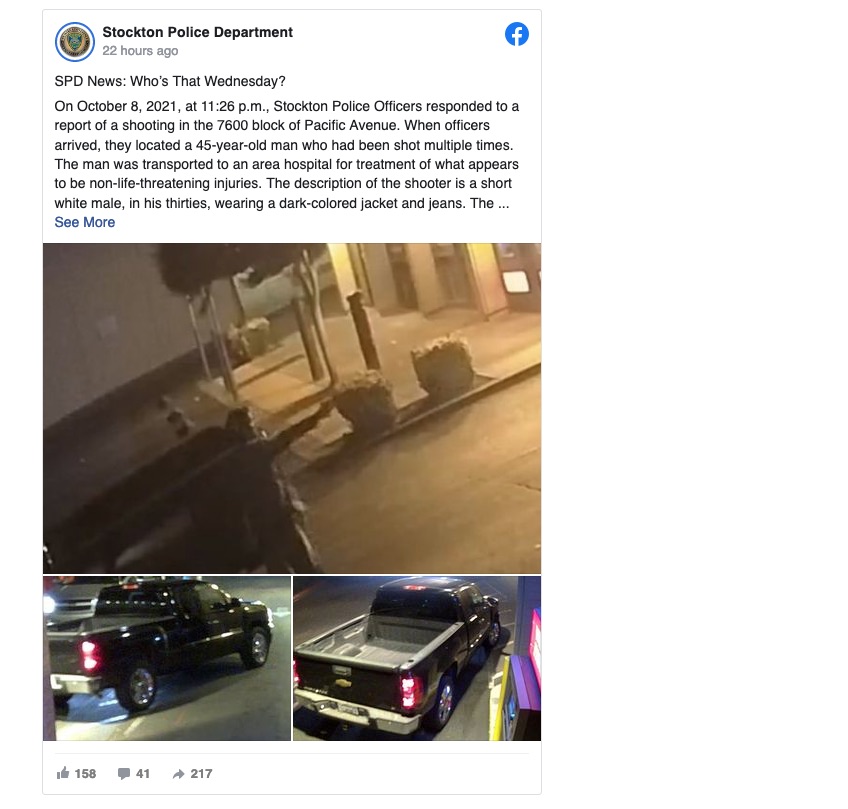 Marlon said despite the horrific incident, the family is relying on their faith to help them.

“We believe in love. We believe in forgiveness, but at the same time, white supremacy, hatred, bigotry, and all of that — we stand against that,” he told the news station.

The Stockton Police Department did not immediately return a request for comment. The department said in a Facebook post that it is investigating the shooting as a potential hate crime.

The gunman was described by police as a “short white male, in his thirties, wearing a dark-colored jacket and jeans” and said he was driving a late model Chevrolet Silverado extended cab truck with aftermarket chrome-colored wheels and tint on the back three windows.