Home PoliticsAfrica News ‘Blood Moon’ on Election day.  Perhaps a warning sign for US Voters across the Nation to take this election seriously or a mystical sign for the end of Democracy.
Africa NewsAsia NewsBreaking NewsBreaking News VideosLatest NewsPoliticsUS NewsWorld News

‘Blood Moon’ on Election day.  Perhaps a warning sign for US Voters across the Nation to take this election seriously or a mystical sign for the end of Democracy.

As Americans prepare to vote in what is truly one of the most consequential elections of our time, a ‘ REDDISH BLOOD MOON” will be hanging over America. Whether this is a mere coincidence or a mystical sign of the dangers that lay ahead, the reality is that the United States will no longer be a viable Democracy if the Republican party with most of its “Election Denials at key strategic positions becomes victorious. 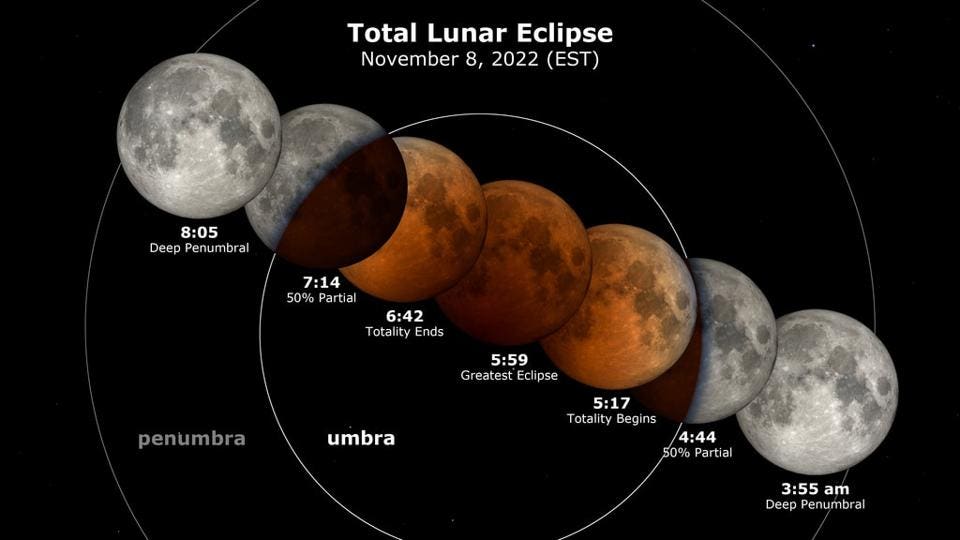 While it is true that in the past, many false prophets may have interpreted the “BLOOD MOON” as a sign of the beginning of the end times, in this instance, this BLOOD MOON may surely signal the end of Democracy in the US as we know it.

Yes, there is a scientific explanation of how and why the blood moon occurs; when the Earth’s moon is in a total lunar eclipse, the moon changes color to an orange-red and looks quite different from the usual white color.  A simple scientific explanation such as this no longer hold any weight in a nation where more the 6o percent now believes in strange falsehood and lies.

The Reddish Blood Moon is perhaps the best sign of the dangers that lay ahead if the Republicans take over the US government. The election deniers are not just fanning the fame for Trump, they are also an integral part of the Republican party that also supports policies to suppress the minority vote, such as creating requirements that voters be removed from the voting lists and demanding stringent voter identification. In Arizona, a House bill would require routine investigation of the citizenship status of suspected non-citizens.

As a huge Reddish Blood Moon hover over the United States tomorrow, and citizens of all ages and stripes struggle to make their voices heard, it is essential to recognize the obvious dangers that lay ahead. The electoral fallout from the Big Lie: Donald Trump’s baseless conspiracy theories about widespread fraud in 2020 may just bring our Democracy to an end, thus fulfilling the ominous signs of the REDDISH BLOOD MOON.

Why slave descendants want the Benin Bronzes to stay in US

Biden world feels relief, and vindication, as election results roll in A White House that faced a bunch of second guessing gets to say: We told you so.

Benin Empire was the first nation to...