A white Colorado police officer who pulled out his gun during a confrontation with a black man picking up trash around his dormitory resigned this week under an agreement that lets him collect $69,000 in salary despite violating department policies.

Former officer John Smyly will continue to have an unblemished history with the Boulder Police Department. As part of the settlement agreement between Smyly and the City of Boulder his file “will document separation from employment due to resignation.”

Patrick von Keyserling, communications director for the city, confirmed that the results of the internal investigation will not go into his file. Keyserling could not say if an officer still employed with the city would have the record included in their file.

Police body camera footage released Thursday provided a full video account of the tense encounter, which had gained national attention based on video shot by someone inside a student dormitory at Naropa University, a liberal arts school associated with Buddhism in the city of Boulder.

City officials said the investigation could not prove that the officer, John Smyly, acted because of Zayd Atkinson’s race. Investigators found Smyly violated two department policies: police authority and public trust and conduct, the city attorney said. The independent review, conducted by former U.S. Attorney for the District of Colorado, Bob Troyer, will soon be released by the city.

The results of that review will not affect the settlement agreement. You can read the full agreement below.
“Boulder is essentially saying we’re going to pay this officer and let him resign for threatening Zayd’s life, for racially profiling Zayd,” said Atkinson’s attorney, Siddhartha Rathod. “If you or I were to do this, we would be criminally charged. We would immediately lose our jobs.”

A phone number for Smyly could not be located Thursday. He did not mention the incident in his resignation letter. 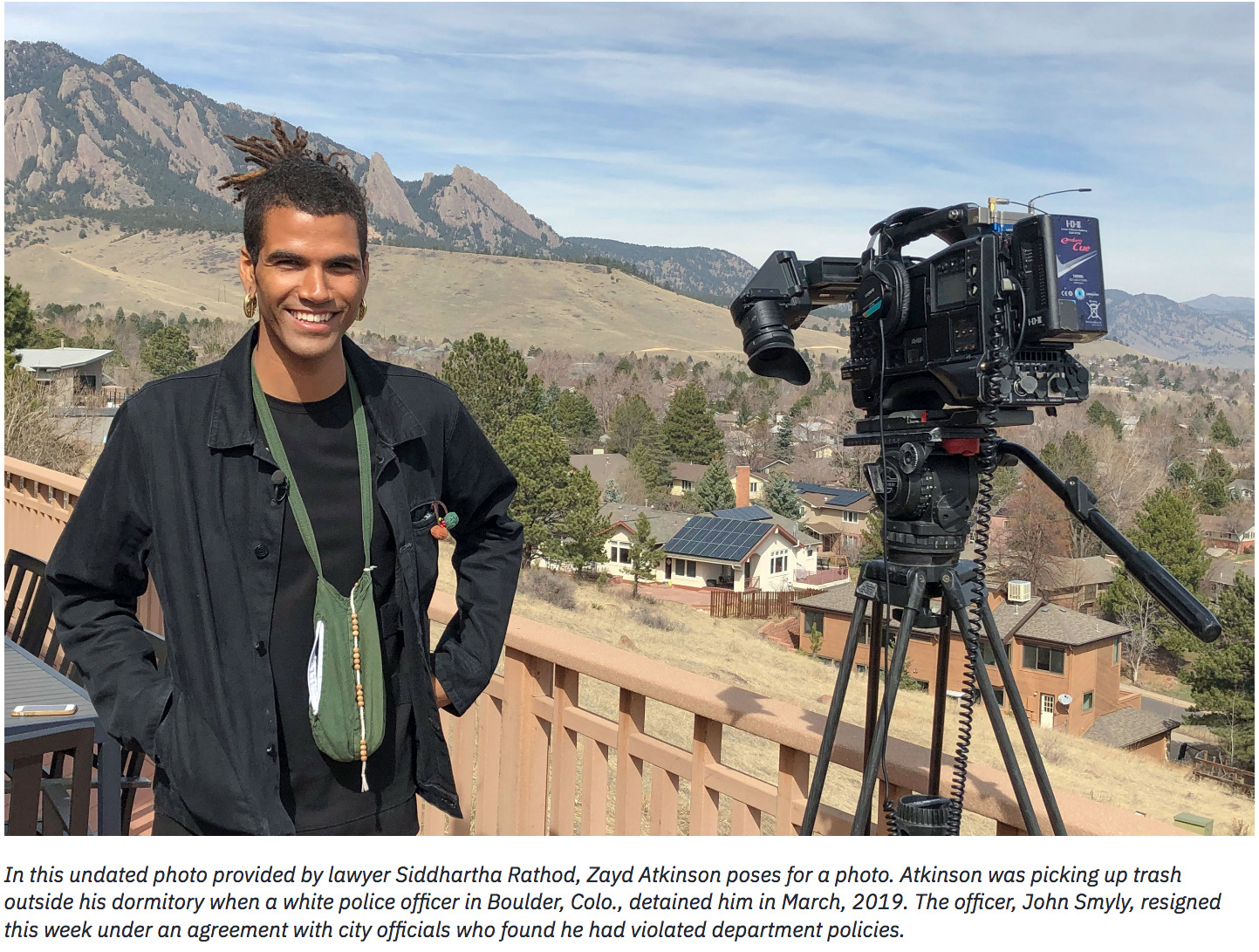 Biden Needs Black Voters to Lift His Campaign. But He Has Competition.

Bloomberg once blamed end of ‘redlining’ for 2008 collapse