US-based motor-racing organization Nascar says it is investigating after a noose was found in the garage stall of African-American driver Bubba Wallace.

The flag has been a common sight at Nascar circuits but for many, it remains a symbol of slavery and racism.

In a statement, Nascar condemned the “heinous” act at Talladega Superspeedway in Alabama.

“Late this afternoon, Nascar was made aware that a noose was found in the garage stall of the 43 team,” the organization said.

“We are angry and outraged and cannot state strongly enough how seriously we take this heinous act. We have launched an immediate investigation and will do everything we can to identify the person(s) responsibly and eliminate them from the sport.”

It added: “As we have stated unequivocally, there is no place for racism in Nascar and this act only strengthens our resolve to make the sport open and welcoming to all.”

In a statement on Twitter, Wallace, 26, described the incident as a “despicable act of racism” that left him “incredibly saddened” 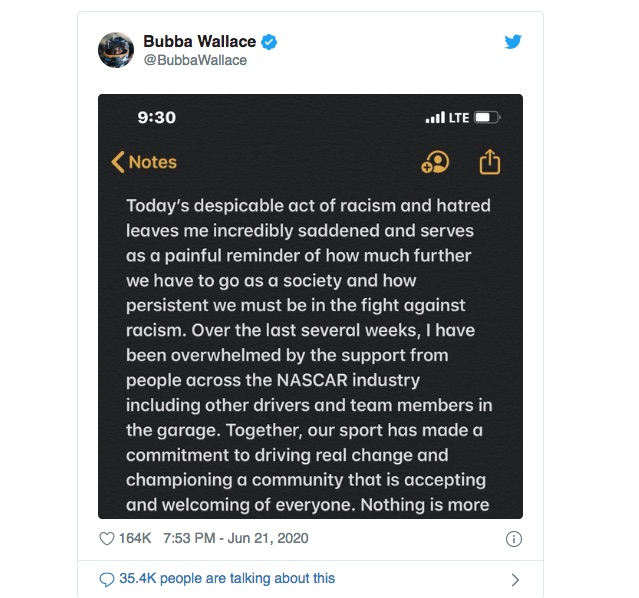 For the past three years, racist in the United States has become overt and emboldened. Many expert believe these racist attacks are a result of President tweets. In November, millions of Americans will head to the poll to decide which direction the country chooses to go.

Why APC is in serious crisis –PGF DG