Buffalo Woman Saves Life of Disabled Man with Severe Frostbite: ‘This Man Is Not About to Die’

A Buffalo man is in the ICU with fourth-degree frostbite after two strangers saved him during the city’s “once in a lifetime” blizzard over the weekend.

Sha’Kyra Aughtry and her boyfriend Trent were at home on Christmas Eve when they heard Joe White, 64, calling for help during the epic snowstorm, reported CNN.

Aughtry’s boyfriend quickly brought White inside and discovered his clothes frozen to his body and ice covering his exposed hands, the outlet added.

The mother of three then used a blow dryer to melt the ice that had caked his body and started a Facebook Livestream for medical advice after calling 911 and not being able to get a response.

“I’ve called the National Guard. I’ve called 911. I’ve called everybody – they just keep telling me I’m on a list. I don’t want to be on a list,” Aughtry said on her live stream about treating White, who is developmentally disabled and believed to have ventured out in the sub-zero conditions to work his job at a nearby movie theater.

“I don’t care about nothing else,” Aughtry added. “This man is not about to die over here.”

“I’m going crazy because I’m scared,” she continued on the Livestream. “I’m starting to see his body change too much from the time that I had him – his body has changed rapidly every hour.”

Fortunately, a group of men — also strangers — saw Aughtry’s videos and arrived at her home to help, reported local outlet Sweet Buffalo. They then carried White outside wrapped in a blanket to their truck and drove him to the hospital, where he is recovering from his injuries.

“He was in a mess,” Ray Barker, White’s boss at North Park Theater, told CNN. “And (Aughtry) clearly saved his life.”

“We’ve been worried sick about Joe,” he added. “We know that he’s getting good medical care at the moment and we can’t wait for him to get back to the theater.” 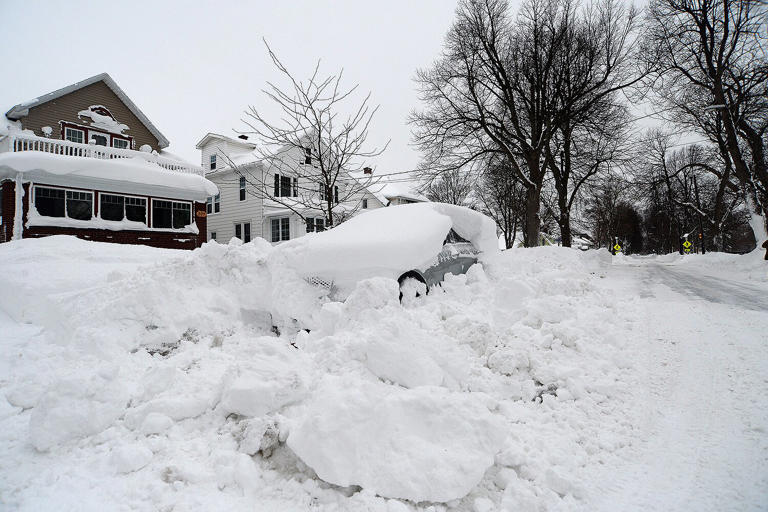 The movie theater has since raised more than $50,000 for White’s recovery.

Joe’s sister, Yvonne White, is also indebted to Aughtry and her boyfriend. “We were all trying to help each other and it was wonderful,” she told CNN. “And now I feel like I have a sister and three nephews,” she added, regarding Sha’Kyra and her three sons.

On Tuesday, Erie County Executive Mark Poloncarz said that 31 people had been confirmed dead across the local area during the region’s epic storm, and attributed many of these to EMS delays.

For a Black Man Hired to Undo...