Condoleezza Rice’s recent appearance on The View was offensive and disgusting for many reasons but she was who we thought she was: a soldier for white supremacy. Her thoughts on Critical Race Theory are completely white-centric, as in, they revolve around the thoughts and needs of white people.

Also — white children and adults should absolutely feel bad about the past atrocities committed by white Americans. They should feel guilty. They should cringe at what their ancestors did. They should also understand that modern white power is directly related to those atrocities. White people gained economic and institutional advantages from slavery and segregation and the long-term subjugation of Black people that continue to help them to this day.

White people should know that American history is rated X and their relatives are the one who Black people had to fear. They didn’t arrive and have a nice dinner with the natives and buy Manhattan for a few trinkets.

The Europeans who settled early America made treaties with American Indians and then violated those treaties and slaughtered the natives as rapidly as possible. They didn’t merely own slaves and treat them kindly. They had a cruel and peculiar institution that kidnapped and human trafficked and then beat and raped and subjugated humans for generations.

Slavery was far more cruel and frightening than most people even know unless you read diaries written by former slaves. And the past is not done with us — slavery created the economy and the wealth that led to America becoming a global economic power. You didn’t have to own slaves in order to participate in that wealth-building but all of the wealth derived from it went to white people and was thus stolen from Black people.

American history is a series of cycles where white people grow more powerful because of the legalized oppression of Black people. American history is a series of stories where white people knock us down and stand on our necks and then ask why we’re on the ground. If we don’t know history we don’t understand reality and how it was constructed. I really don’t care if learning this makes white kids feel bad — and if it doesn’t then they are too heartless.

Also this — yes the teaching of American history can sometimes make people feel bad. Terrible things happened and it’s traumatizing. We should not hide the truth from our kids; we should aim to teach them what happened and then, together, deal with how we feel about it. Because even if the history initially makes you feel bad, that’s not enough of a reason to not teach it.

I recall many days where I learned more about slavery or segregation or Jim Crow or lynchings, days in grade school or in college where I was a Black Studies major. I often walked out of a classroom in a rage, thinking about the indignities visited upon my ancestors. But when I calmed down I realized those lessons had filled me with a sense of purpose —knowing what my people had gone through from slavery to the Civil Rights and Black Power movements made me feel like I had to do something valuable with my life in order to honor the fights and the sacrifices they had made.

I could feel the shoulders that I was standing upon to reach up for the life that I had and I owed it to them to use my life in a way that might honor them and make them proud.

On The View, Rice suggests that learning about America’s racial history could make Black children feel disempowered by race but it had the exact opposite impact on me. Just because the stories are hard to hear does not mean that it will damage the listeners. 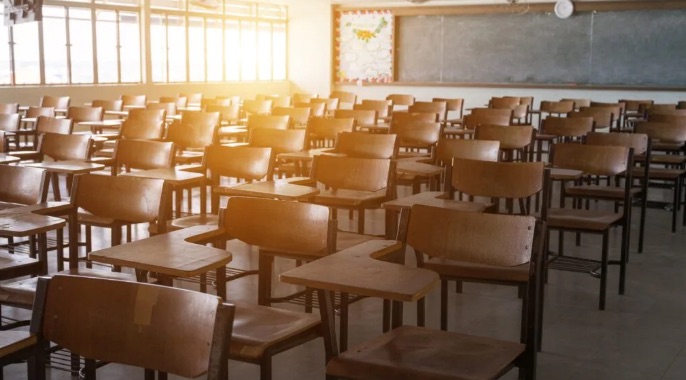 Our classrooms should not be another example of white privilege, they should reflect the ugly reality of American history. But really the whole discussion is bizarre — we are debating about whether we should teach our children real American history or if we should lie to them and protect their fragile white hearts.

I cannot accept a country that contorts itself to avoid causing white pain. I’m not here to help comfort white people. And Lord knows I am never, ever going to center them.

Touré is the host of the podcasts Toure Show and Democracyish and the podcast docuseries Who Was Prince? He is also the author of six books.

US suspends some aid to Ethiopia over...