A Source of Pride for All
This celebration was established by decree in 1980 during the Government of Rodrigo Carazo Odio, on the initiative of the Union of Costa Rican Educators, in order to recognize and highlight the great contributions in cultural, artistic, religious, economic and social expressions of Afro-Costa Ricans for the nation.

Likewise, this date responds in every way, to the exaltation of respect, pride and transcendence of African tradition and cultural heritage, as well as to the ongoing, open and necessary struggle against ethnic prejudice, any form of racism, social discrimination and xenophobia in the Republic of Costa Rica. 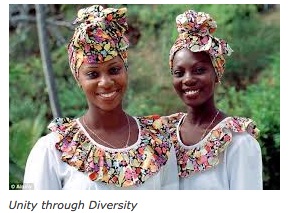 The contribution of the black presence in the ethnic culture has a great significance since it has impacted directly and positively on its economy, politics, racial crossing, gastronomy, music, art, literature, scientific development, cultural and religious traditions.

Nigeria identifies 100 who may have been exposed to coronavirus patient

Suspect in assassination of Haitian president was...