“The exponential growth of Racist, white supremacist- right-wing groups during Trump Administration needs to be addressed with urgent attention to paving the way for better US diplomatic relations with world powers and spirit of true democracy that guarantees equal rights for all communities regardless of race, creed, ethnicity or religion as safeguarded by State”

Us witnessed one of the tumultuous transitions of power as Trump aided by the republicans shook the very foundation and roots of a model democracy in the US. 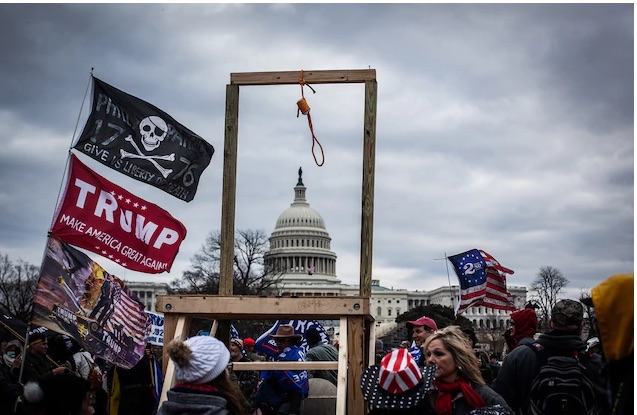 Trump’s afraid of defeat resorted to inciting Voters, supporters, and racist groups to attack Capitol Hill and his racial tirade and overtures drowned him in Last year’s most trumpeted Presidential Elections when the country appeared divided.

From his election to the Presidential slot, Trump behaved like an amateur and insensible, had run the political affairs as a personal business rather than a statesman. He, being an actor, took the job as a mere role but the presidency demands prudence and sensible decisions to avoid any worst repercussions.

Trump’s aggressive response to matters of importance further exacerbated the situation, especially with China and Iran.

Trump and the Republican party position themselves as opposed to the Democratic party that presented as agents of change. The Democratic party wanted a people-friendly government where the rights of people should be protected regardless of their political affiliation or association, caste, color, race, religion, ethnicity.

For many years, US democracy has been a model for many developing countries owing to its nonradicalized and people-friendly Governments and smooth transition of power.

All the democratic forces were stunned over the unfortunate incident of  Capital Hill mayhem and were shocked that even developed nations like American can be enthralled, enticed, and incited to the level that they will shake the very roots of  Democracy i.e  Capitol Hill.

The world responded with regrets that it was unfortunate that trumpism radicalized supporters to the extent that they were instigated and incited to influence the  Presidential Elections results so that Biden’s Victory may not be validated.

The world might have moved to tears when Trump supporters and workers ransacked Capitol Hill and brought disgrace for America around the world.

All experts, analysts, and pro-democracy leaders condemned such act since it was against the norms of civilized nations of the world.

All that mayhem that stormed the US was orchestrated and masterminded by a Business Tycoon, Actor turned Politician Donald Trump who already lost his credibility for his election to the office of President since he was facing rigging and horse-trading charges in his first term that led to his impeachment Trial but luckily he was set free twice from impeachment during his presidency.

Furthermore, his complete failure to tackle the issue of pandemic also contributed to his humiliating defeat since he ridiculed the pandemic by terming it China Virus owing to trade war with China.

Later, when the pandemic went out of control, Trump diverts his attention to get his supporters and racist organizations to believe that he lost the election because it was rigged.

On foreign policy issues, Trump escalated the situation with Iran by pulling out of the nuclear agreement, and the killing of General Qassem Suleimani in Iraq. later, Iran attacked American Military bases in Iraq but there were no causalities reported for the incident.

Trump’s diplomatic relations with China worsened due to the Trade war. American relations with North Korea did improve though both Trump and KIM met in Singapore to reach a possible peace agreement.

His amnesty or pardon for his friends also came under heavy criticism since he was afraid that they might be prosecuted as his term ended.

His blunders contributed a lot to his worst defeat though he being stubborn did not accept defeat but later, Supreme Court rejected his claims of any rigging in elections.

Republicans being a right-wing party radicalized their supporters and community to the extent that people violated law without any fear as they enjoyed the support from the white house.

Such aggressive policies led to the isolation and there was division based on ethnicity, color, and religion that is alarming for the tolerant and peaceful nature of people.

The right-wing politics of Donald trump sowed the seeds of hatred and hostility that will have serious repercussions in the long run as long as the trumpism pandemic exists among more than 50 million Americans.

His failure to implement a deal of the century plan in the Middle East that was aimed merely on supporting Israel by giving a greater share of settlements. The deal came to a logical end as it was heavily criticized and Palestinians called it to suicide if accepted.

Despite signing the deal with the Afghan Taliban with the help of Pakistan to end 20 years longest war on terror and paving the way for US troops’ withdrawal, the law and 0rder situation has not improved as the peace dialogue between the Afghan Taliban and Government yet to take place.

Right-wing politicians led by Trump have serious implications that will ultimately create problems for Biden to cope with.

Biden has to overhaul the whole system to restore the Trust and reputation in the world and strengthen the US through unity by abolishing Trump’s wanton racist and discriminatory policies and approach. 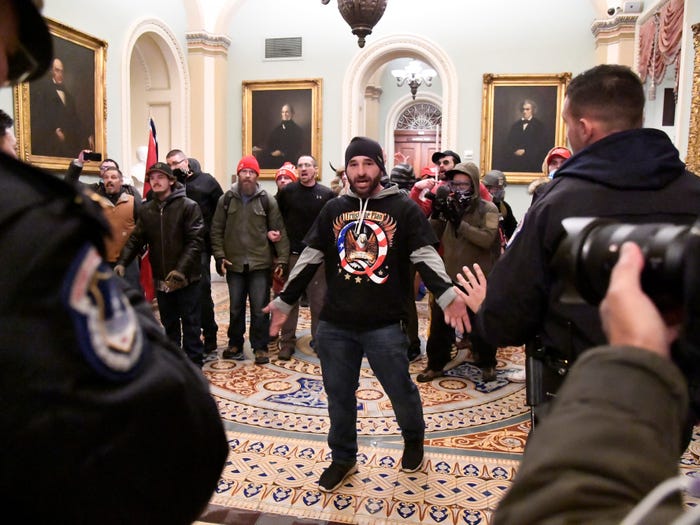 The Selection of an Afro-American lady as Vice President has already laid the foundation to put the country on right track and building the trust of all the communities whether voted for him or not, Biden has declared himself the president of all Americans rather than of those who voted and supported him.

The Vote is the tool to bring in the choice of leadership as it is the constitutional right of every American and can be exercised on free will.

The African-American community still recalls the cold-blooded murder of George Floyd by a white Policeman. And the ugly legacy of Trump and his racist supporters has left an everlasting scar in the hearts of all African Americans, and descent Democracy loving people around the world.

This aspect of racist groups and populist-right-wing politics always plagues the peaceful and vibrant societies in a developed nation like the US, UK, France, and Germany. Trump promoted racism through his flowery speech that incited and enthralled mob violence to exert pressure through street power as practiced in Asian states such as India, Pakistan, Bangladesh, China, and Japan.

The political analyst’s term Trump as an existential threat for Biden as he still enjoys large votes in key states and may create problems especially the legislation for key issues.

He will also take immediate steps to clear the mess that was stalled by Trump’s radicalized and extremist approach to right-wing Politics whose price is being paid by citizens through isolation and hatred.

Biden and Kamala Harris will have to chalk out such policies that deal with communities with equality and justice and especially deal with the pandemic situation through vaccination drive to minimize the covid-19 infections. The causalities have surpassed thousands whereas long lockdowns have created unemployment and economic crisis. Beyond ego, the US may seek help from World Health Organization, China, Singapore, and the UK to win against the pandemic situation though the ratio of the infections dropped worldwide.

Biden should play his role for the Middle East peace plan of the two-state solution so that Palestinians may have a state as per their wishes and the map they have in mind.

It was the sensible decision from him that troops’ withdrawal option was postponed given the critical situation in Afghanistan.  Rather, he should not jeopardize or sabotage the peace deal with the Taliban but he should engage person like Zalmay Khalilzad to strengthen the dialogue process between the Afghan Taliban and other stakeholders including the existing Government of Ashraf Ghani so that peace could be restored as it will benefit all the countries and play a pivotal role in regional stability and prosperity. The pandemic has united the world as human conscience has roused again.

Finally, Democratic have always saved America and promoted justice, equality and opened doors for the world for immigration, but Trump has wreaked havoc with all the social norms and promoted intolerance, racism, and inequality that shook the very foundation of the country and gave birth to happenings of Capitol Hill and distrust on the electoral system.

Biden’s Administration is expected and mandated by the masses to clear that mess and pave the way for his second term if he succeeds to bring positive and long-lasting change to the United States and the World at large.

Police Officer Is Accused of Raping Girl He...

Who are the ‘bandits’ behind Nigeria’s mass kidnappings?

Male Circumcision; An African gift to the world....

EbonyLife’s Mo Abudu: Africans Are ‘Going to Have...

Judge in Derek Chauvin Trial Says Only One...

How an Immigrant spent 18 years stranded at...

The time is right to cancel Dr. Seuss’s...