House Speaker Nancy Pelosi and Congressman Jamie Raskin introduced a bill on Friday to form a commission that would rule on the president’s fitness for office in order to “enable Congress to help ensure effective and uninterrupted leadership” in the presidency.

This panel, called the Commission on Presidential Capacity to Discharge the Powers and Duties of Office, would be “the body and process called for in the 25th Amendment to the U.S. Constitution,” Pelosi and Raskin’s offices said in a statement on Thursday.

At the conference press conference announcing the bill on Friday morning, Pelosi insisted that the bill was not intended to determine President Trump’s fitness of office.

“This is not about President Trump. He will face the judgment of voters. But he shows the need to create a process for future presidents,” Pelosi said. 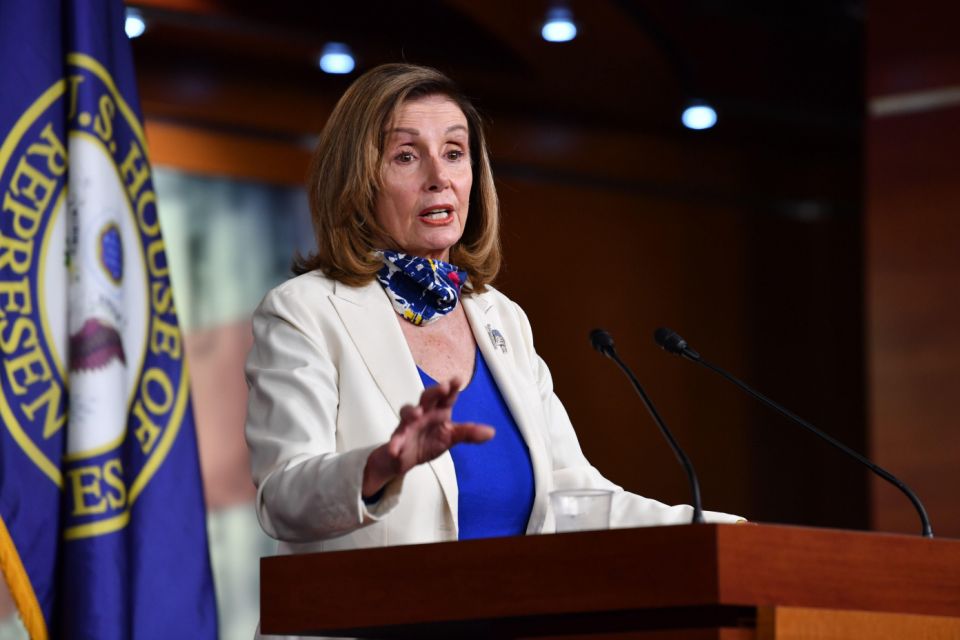 US Speaker of the House, Nancy Pelosi, Democrat of California, holds her weekly press briefing on Capitol Hill in Washington, DC, on October 1, 2020. (Photo by Nicholas Kamm / AFP) (Photo by NICHOLAS KAMM/AFP via Getty Images)

“The 25th Amendment is all about the stability of the presidency and the continuity of the office,” Raskin said in the conference announcing the bill, noting that it was ratified on a bipartisan basis after the assassination of President John F. Kennedy.

“In the age of COVID-19, which has killed more than 210,000 Americans and now ravaged the White House staff, the wisdom of the 25th Amendment is clear,” Raskin continued, referring to the multiple White House officials who have tested positive for the virus. Raskin noted that the commission would be bipartisan, with members chosen by both Republicans and Democrats, and could only act in concert with the vice president.

Raskin said Congress could direct the commission to begin an inquiry into the president’s wellbeing, and the panel would then conduct a medical test. If the president refused the test, that would be taken into account.

Pelosi and Raskin’s introduction of the bill comes after President Trump was hospitalized over the weekend after testing positive for COVID-19, raising concerns about presidential succession. The White House said that Mr. Trump remained on the job even while he was at Walter Reed National Military Medical Center, and that there were no plans for Vice President Mike Pence to assume presidential authority. Mr. Trump returned to the White House on Monday, and returned to work at the Oval Office on Wednesday.

Asked why he was introducing the bill now, Raskin said there was never a good time to introduce such legislation, but “this situation has focused everyone’s mind” on the 25th Amendment.

Raskin previously introduced a similar bill in 2017 to impanel a group of physicians and retired public officials to determine whether the president was mentally and physically fit for office.

“The 25th Amendment was adopted 50 years ago, but Congress has never set up the body it calls for to determine presidential fitness in the event of physical or psychological incapacity. Now is the time to do it,” Raskin said in a statement introducing the initial bill in May 2017.

The Dangers of False Prophets in Africa. Destruction of Mind and Souls