Home PoliticsAfrica News Distrust of the Minneapolis Police, and Also the Effort to Defund Them
Africa NewsLatest NewsPoliticsUS NewsWorld News

MINNEAPOLIS — The burgundy Oldsmobile sped through an intersection in a tree-lined residential neighborhood on Minneapolis’ North Side, and Lisa Williams shook her head in disgust.

“Look at this,” she said, surrounded by four of her young grandchildren on the short stoop of her home. “They ride as fast as they can right down through here with no regard for the children.”

It is in such moments — when she is reminded of the many dangers in her community, from speeding cars to gunshots — that Williams, 50, would welcome the presence of police.

But then she recalls the time several years ago when she and her husband arrived home to find several police vehicles parked on their front lawn. Officers told them to mind their own business when they asked what was going on, leading to an argument that ended with her husband getting handcuffed and taken to jail. 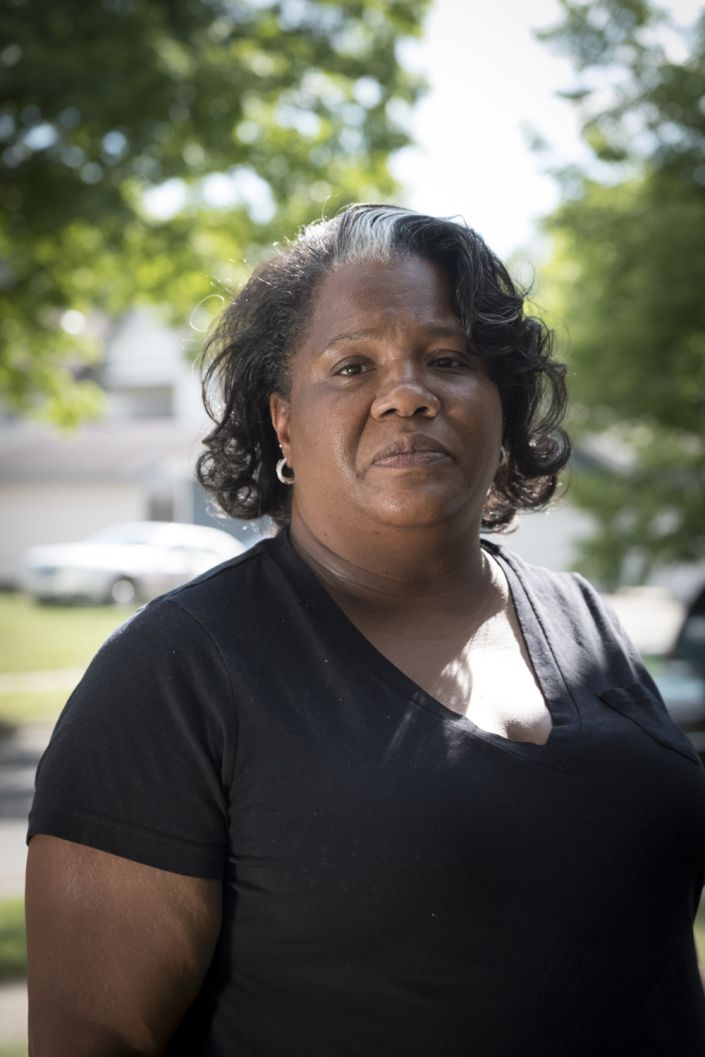 Lisa Williams in Minneapolis on July 31, 2020. Williams and other people who live on Minneapolis’s North Side complain of rampant police mistreatment, but also of out-of-control crime and violence. (Nina Robinson/The New York Times)

Minneapolis’ North Side, with a majority Black population, has decidedly mixed opinions on the City Council’s effort, following the police killing of George Floyd, to significantly reduce the size and scope of Minneapolis’ police force.

Residents complain of rampant police mistreatment, but also of out-of-control crime and violence. That reality has left many Black residents here unenthusiastic about what has become known as the defund movement. Adding complexity to the debate, they say that they despise the police but need someone to call when things go awry.

“It does seem like a no-win situation,” Williams said.

Proponents of defunding argue that having considerably fewer — or no — police officers could actually reduce crime because those resources could instead be invested into communities struggling with poverty.

But that argument does not win over everybody.

In a survey last month of likely voters in 10 battleground states, just under half of Black respondents said they would be more likely to support a candidate who made defunding the police a priority, according to the poll commissioned by Run for Something, which supports young, progressive candidates, and Collective PAC, which backs Black candidates.

“What are they suggesting would be the answer if we didn’t have police?” asked Bunny Beeks, whose mother was fatally shot in North Minneapolis four years ago. “I just don’t understand what that would look like.”

The Minneapolis City Council’s proposal would not totally eliminate the Police Department. But some council members have said they would like to replace the existing department, which has been widely criticized for its aggressive attitudes toward Black residents.

Most North Side residents say they hope for major reforms, including requiring officers to live in their community and better training them to interact with residents.

Tiffany Roberson, whose brother, Jamar Clark, was fatally shot by \police five years ago, suggested creating a community council that could work with and oversee the police in North Minneapolis.

Though skeptics say that decades of reforms have failed to create fundamental change, some residents said they had faith that Floyd’s death, and the outrage it has prompted, could make this time different.

Many residents say they have confidence in Chief Medaria Arradondo, the first African American to hold the position, saying he has shown an appetite for change that past police leaders have not. But a reform-minded chief cannot overhaul a department alone.

Speaking from a North Side street corner where young men sitting on lawn chairs chat on sunny summer days, Royal Jones, 32, said he had had many brushes with law enforcement. He compared his feelings about police to his relationship with his mother growing up. He said she might “whoop” him for doing something wrong, and he might get mad at her for it, but at the end of the day, he still relied on her.

Similarly, he said, if someone broke into his house, he would have to rely on law enforcement to handle it rather than “go the street way,” which would just prompt more violence.

Still, Jones said he believed that a better approach might be to employ community outreach workers to avert violence before it happens and interact with police officers once it occurs. Such efforts already exist, but Jones said they could be more robust.

Standing nearby, his friend Kentrell Grimes, a fellow North Sider, was not necessarily buying that approach.

“At the end of the day, that is still policing,” said Grimes, 25, a cook. “This is what I’m saying, though: How can you defund the police and then bring another group to police? That’s stupid. I’m sitting here trying to wrap my brain around this.”

Minneapolis proponents of defunding the police have said that these are the types of discussions that community members needed to have to decide what works best for public safety in their neighborhoods.

Some may see the need for armed officers. Others may come up with a different model. Kandace Montgomery, the director of Black Visions Collective, a leading advocate of defunding in Minneapolis, acknowledged the difficulty of getting people to envision a system of public safety different from the only one they have always known.

“We do have to imagine,” she said. “I recognize that is deeply scary.”

City Council members have worked closely with Black Visions Collective and other Black-led organizations in an effort to defund the Police Department. That has stirred tensions.

Many North Side civic leaders and legacy organizations, like the Urban League and several Black churches, have accused elected officials of ignoring the voices of their communities as they create a path forward for policing. They point out that some of the defund movement’s leaders are based on the South Side — where Floyd was killed by the police — which has a much smaller Black population.

“They’ve made this choice for us as Black people, when they don’t necessarily live or engage with Black people,” said Raeisha Williams, a North Side activist whose brother was fatally shot two years ago. “When my house is broken into, I want to be able to call the police. When my security alarm goes off, I want to know they’re going to arrive and protect my family.”

The council has proposed amending the City Charter to eliminate the Police Department as a core agency and replace it with a new public safety department. That move alone would not eliminate the police, but it would provide a blank canvas on which city leaders could create a new mechanism for public safety that could include social services and crime-prevention initiatives.

The two council members representing the North Side, Phillipe Cunningham and Jeremiah Ellison, have supported the effort to change the charter and defund the police.

He said his constituents have told him they want to see “transformative change in the way that the city keeps our community safe.”

He acknowledged that the police could not be eliminated in one fell swoop.

“We will likely need some form of law enforcement for the foreseeable future,” Cunningham said. Yet he envisioned a system in which greater investment in things like community workers, health, housing and education would stabilize the community and drive down crime.

But that is difficult for many to envision right now as Minneapolis, like many other urban areas across the country, is in the midst of a spike in gun violence. The Police Department’s 4th Precinct, which covers North Minneapolis, has seen more murders and violent crimes this year than any other precinct in the city.

One of those victims of violence was Taona Mays, 24, who was sitting in the back of a friend’s sport utility vehicle on a Saturday in late July when a man walked up alongside the car and began shooting. A bullet struck her left hip, leaving her with a severe limp.

“The presence of the police is definitely needed because without it, people definitely will just do anything,” said Mays, who does medical transport at a hospital.

Yet she also embraces elements of what defund activists have been preaching. If there were fewer officers, she said, they would only be able to focus on major crimes rather than harassing people for petty things. She actually wants something to replace the police, she said, but she cannot think of what that would be.

This article originally appeared in The New York Times.

US tried to take out another Iranian...