President Donald Trump’s decadeslong history of racism comes under the microscope in a new attack ad.

The spot released by the progressive PAC MeidasTouch late Friday highlights some of Trump’s many offensive comments and actions before and during his time in the White House ― including his promotion of the racist “birther” conspiracy theory about former President Barack Obama and his attacks on the five teenagers falsely convicted in the so-called Central Park Five case.

MeidasTouch, founded by the Meiselas brothers earlier this year, is one of multiple groups on both sides of the aisle creating viral videos slamming Trump with the aim of defeating him in the 2020 election.

Anti-Trump GOP groups The Lincoln Project and Republican Voters Against Trump, made up of disaffected and disillusioned Republicans, have released a slew of clips in recent weeks, many garnering millions of views.

But the effect they are having on swaying voters remains unclear.

Bestselling author Don Winslow, a prominent critic of the president, has also joined the fray. On Friday, his “TrumpsFakeChristianity” video showed how Trump “uses God the way he uses everyone else.” 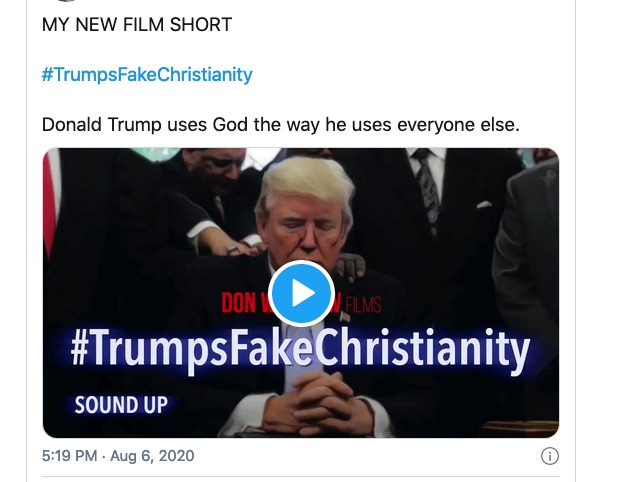 Pax Herbals: A Portrait of an Integrated...