Home PoliticsAfrica News Dr. Umar Johnson is one of the most outspoken African. A defenders of equal rights and opportunities for Africans.
Africa NewsBreaking News VideosEditor's PicksLatest NewsPoliticsUS NewsWorld News

Dr. Umar Johnson is one of the most outspoken African. A defenders of equal rights and opportunities for Africans.

Dr. Umar Johnson is one of the most outspoken African defenders of equal rights and opportunities for Africans. Because they are myopically informed, many African looters, disguised as leaders may have not even heard of him. Or they have been brushing aside, his constructive criticism of the one-sided social-political environment around the globe.

African youths must demand the looters to put their willingness to profit from the White Supremacist ideology aside and embrace total freedom from the bondage of the White social-economic oppressors. Thank

All Africans must also be willing to dump their ingrained attitudes of viciousness. I mean viciously against themselves, consciously or subconsciously selling their own kid to the White Supremacist ideologically invented political and economic policies.

I read an article written by an unknown clergyman. He wrote, “I have watched pitiably how people self-sabotage themselves by seeking spiritual solutions to character-deficit issues. They look around at everybody as suspects for their predicaments when their greatest demons lurk within them – their character.”

This is the present mindset of most African conniving looters, disguised as leaders. Those who proved to be an obstacle to the Stone Age status-quo, established by the White Supremacy, have been viciously murdered or almost lost their lives in heinous prison conditions.

African youths must not forget about leaders such as Patrice Emery Lumumba, and his African Slave ancestors, who resisted torture in the hands of their white and black oppressors.

African youths must not forget about the brutally murdered Muammar Mohammed Abu Minyar al-Gaddafi, of Libya. He was an unwavering Libyan revolutionist, a shrewd politician and a political theorist.

African youths must not forget
Nelson Rolihlahla Mandela’s 27 years of torture and near-death experience, inside the Pretoria prison of South Africa. And the apartheid regime’s relentless efforts to keep him there for death. The inevitable bowing down to the world’s pressure, for Mandela’s freedom. The constraints at his old age, to become the first South African black president and the first elected in a fully representative democratic election, were all the contemptuous agendas of the White Supremacy. 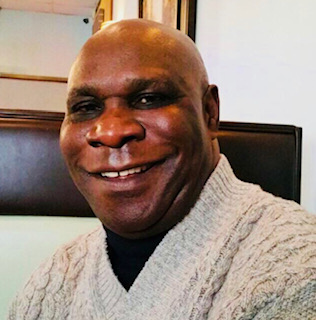 A 17yrs old suspected Murderer Kenosha is a former member of a youth police cadet program.