After the birth of their daughter, Kaavia James Union Wade, with his wife, actress Gabrielle Union, Dwyane Wade, a shooting guard for the Miami Heat, announced he was going to take some time away from basketball to spend time with his newborn child.

“With my daughter coming a couple weeks early, she’s a little tiny right now, so we’re making sure health-wise that she’s OK,” Wade told the Associated Press. “And for me, once I leave and go back to the season, not really being able to be with me everywhere I go, this time right now, this bonding moment with my daughter is the most important thing in my life at this time.” 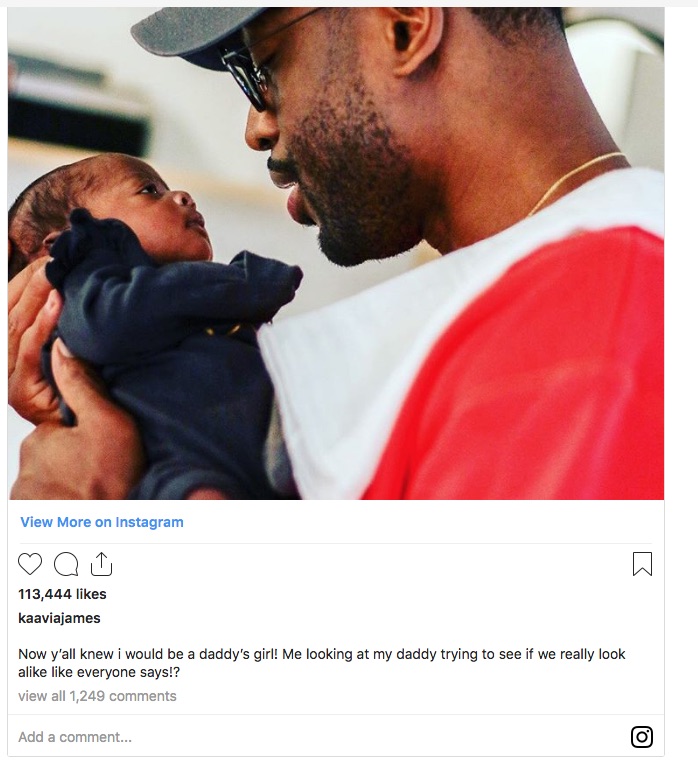 It’s important to note that there is currently no paternity leave policy in the NBA’s collective bargaining agreement. In fact, according to the Chicago Tribune’s Shannon Ryan, “Major League Baseball is the only one of the four major sports leagues” to have an official paternity leave policy.

“Research finds that while half of fathers think men should take paternity leave, only 36% actually take all their permitted leave,” wrote Forbes’ Shelly Zalis. “Men may be hesitant to take parental leave due to stigma or fear of being penalized at work, but making it mandatory and the new norm will help us get closer to equality.”

In the past, professional male athletes have faced criticism and scorn for choosing to take an extended leave of absence from their sport after the birth of a child.

For example, after former Mets player Daniel Murphy missed the first two games of the 2014 MLB season to be with his newborn baby, WFAN Sports Radio host Mike Francesa told listeners that Murphy should have gone to work and left the child-rearing to his wife.

He understood missing one game to see the birth, but immediately afterward, Murphy should have gone back to work, back to the business of entertaining fans.

“When you have unique employment, ‘you have a job to do,’” Francesa said, according to the Huffington Post’s Ron Dicker.

“Go see the baby be born and come back. You’re a Major League Baseball player. You can hire a nurse to take care of the baby if your wife needs help.”

Francesa wasn’t the only WFAN host to criticize “Murphy for not lacing up his skates,” wrote Dicker. Former NFL quarterback Boomer Esiason told his listeners, “I would have said C-section before the season starts. I need to be at opening day, I’m sorry.”

Esiason’s mentality isn’t surprising when you think about how obsessed Americans are with sports and the spectacles that surround them; when you remember that during warm-ups before a game against the Cleveland Browns in 2013, Baltimore Ravens quarterback Joe Flacco found out that his wife had given birth to their second child and still played the game.

Although there are folks who find this admirable and a necessary part of being a professional athlete, others, such as Wade, are more reluctant to prioritize a game over their families.

In November 2013, Memphis Grizzlies forward Zach Randolph left in the middle of a game against the New Orleans Pelicans to help his fiancée deliver their child.

Also, in July of the same year, “golfer Hunter Mahan dropped out of the Canadian Open despite being in the lead after his wife went into labor,” wrote Dicker.

“The world expects moms to take time off from work. They never expect dads to be the ones who take time away,” Wade said. “It’s important that not only my wife but also [I] take this time. I was going to take the whole year. I was going to retire this summer. But I decided to just take a little time in between instead.”

From medical school to the Olympics: Erica Ogwumike...

Tobe Nwigwe; An artist in his own...