Edo State Governor; Obaseki’s Integrity and performance is an example of a New Nigerian Political leader.

For many Nigerians home and abroad, the notion that a sitting state governor no longer qualifies to run for reelection is laughable. But this is Nigeria, a nation born out godfatherism. And knowing that this godfatherism as recently defined by Adams Oshiomhole will become an obstacle, Obaseki remains determined and forged forward by doing the work for the people who elected him, instead of playing the loyalty game as usual.

Governor Obaseki’s reacted to the decision of the APC to disqualify him from participating in the party’s governorship primaries with discipline and integrity and he announced he did not intend to challenge the decision that has led to political chaos in the state. The governor further stated.

“We have therefore decided that it would be an effort in futility to appeal whatever the unjust outcome of the evaluation and screening process of the APC will be, especially when Comrade Oshiomhole has declared that he is the Supreme Court and ultimate determiner of the fate and future of our great party.

We wish Oshiomhole well in his maladministration of the party and trust that the Almighty will help our country to find the path to true liberty, freedom, and justice,”.

Oshiomole who is still the national chairman of his political party, the APC, made his position clear that Obaseki will not be allowed to run for reelection if he does not bend and kiss his godfatherism ring of corruption. 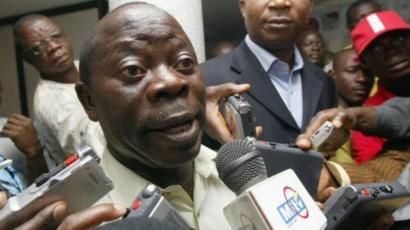 Many argued that Obaseki should have known that his re-election bid on the platform of the APC was dead in the water once he refused to play the game of corruption as demanded by Oshiomole and his clan of godfatherism.

But in midst of this political chaos, Obaseki has demonstrated that he will not allow himself to be used and will not continue to play the game as usual. All Nigerians that are sincerely hoping for a new style of politics MUST applaud Obaseki for his integrity and vision. Whatever the outcome, Obaseki has won and history will not treat Oshiomole and his clan of godfatherism kindly.

Black pastor called 911 after alleged attack. The cops arrested him.

The GOP Is Trying To Turn America...