In the pretense of economic aid and developments, European Union is setting up minim projects across Africa designed to facilitate and further exploit Africa’s natural and human resources to Europe. In a recently revealed UN report, Africa is estimated to be losing more than $50 billion annually.

Recently, Italy’s Deputy Prime Minister Luigi Di Maio accused France of impoverishing African countries by maintaining: “If today we still have people leaving Africa, it is due to several European countries, first of all, France, that didn’t finish colonizing Africa. Di Maio said France was manipulating the economies of 14 African countries that use the CFA franc, a currency underwritten by the French Treasury, and pegged to the Euro. He then added: “If France didn’t have its African colonies, because that’s what they should be called, it would be the 15th largest world economy. Instead, it’s among the first, exactly because of what it is doing in Africa.”

After the end of one European’s Tribal War of 1945, frequently referred to as (World War II), France through political, security, economic and cultural ties, France tightened its stranglehold in Francophone Africa, both to serve its interests and retain the last bastion of imperial prestige.

In 2020, France continues to forced African Nations to pay the so-called “colonial debt”, 14 Western and Central African countries (Benin, Burkina Faso, Ivory Coast, Mali, Niger, Senegal, Togo, Cameroon, Central African Republic, Guinea Bissau, Equatorial Guinea, Chad, Congo-Brazzaville, and Gabon) have their national reserves held by France into France’s Central Bank. It is estimated that France now holds nearly $500 billion every year of African countries’ money in its treasury and will do anything to keep it. Moreover, African countries do not have access to this money. 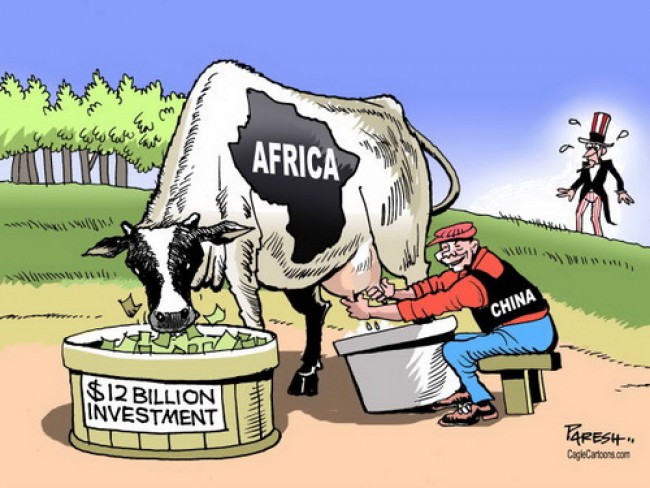 To further insult Africans, France demand that its former colonies – CFA countries – to put 65% of their foreign currency reserves into the French Treasury, plus another 20% for financial liabilities, thus leaving them access to only 15% of their own money. If they need more they have to borrow their own money from France at commercial rates. Thus these African states are French taxpayers but their citizens are not French and do not have access to public goods and services their money helps pay for. Do French people know they’re living off the wealth of African countries and have been doing so for over half a century? And if they know, do they care at all?

In 1958, when Guinea demanded independence, France unleashed its fury destroying schools, nurseries, public administration buildings, cars, books, medicine, research institute instruments, tractors; animals were killed and food in warehouses was burned or poisoned. This was meant to send a message to other colonies that the consequences of rejecting France would be high.

Now in 2020, Will Africans worldwide fold their arms and allow France to continue to exploit poor African nations thus stealing the future of African’s children and Africa as a continent. The struggle to free Africa from Europen exploitation MUST be on the mind and soul of every African (Blacks) worldwide because until Africa is free and developed, no African (Blacks) anywhere in the world will ever feel at home. As the African proverbs say: You Must have a home somewhere to feel at home anywhere.