On Monday, McEnany continued to peddle the Trump administration’s baseless claims that Democrats stole the election, alleging that the party is “welcoming fraud and … welcoming illegal voting.” Though Fox News let McEnany run on for some time before cutting in, anchor Neil Cavuto did eventually interrupt. “Whoa, whoa, whoa, I think we have to be very clear,” he said after breaking in. “She’s charging that the other side is welcoming fraud and illegal voting. Unless she has more details to back that up, I can’t in good countenance continue showing you this.”

Cavuto added that it is an “explosive charge” to say the other side is “effectively rigging and cheating,” and that “if she does bring proof of that we’ll, of course, bring you back.” 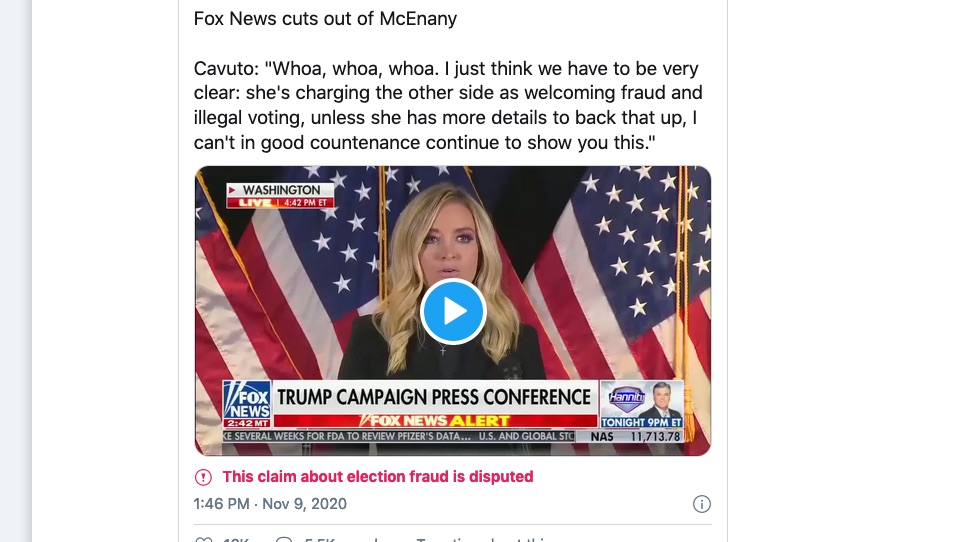 Hillary Clinton was Right. The US have ‘Basket of Deplorables’  They makeup 50% of Trump supporters and believe Trump was sent by God !