Former President Barack Obama delivered a gripping eulogy at the funeral for Rep. John Lewis. As American and the World honor a True Hero

Americans once again heard a true voice of a true leader as former President Obama delivering the eulogy at the funeral for John Lewis. Obama advocated for the voting rights legislation that was Lewis’s legacy, and calling the 33-year Georgia representative a “founding father” of what will one day be a “fuller, better, fairer America.” 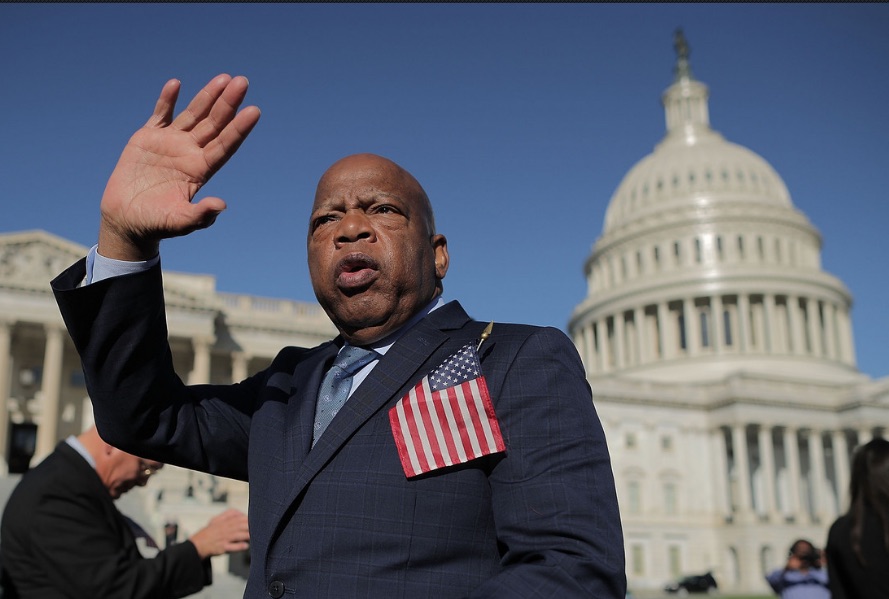 In reflecting on the first time Lewis desegregated the buses in the South alongside his friend and comrade Bernard Lafayette, Obama remarked: “Imagine the courage of two people Malia’s age, younger than my oldest daughter. On their own. To challenge an entire infrastructure of oppression.”

And while Lewis “brought this country a little bit closer to our highest ideals” Obama said, the member of Congress knew the “march is not over.” He pointed out how institutions like policing and the current administration still undermine equality and perpetuate violence: “Today we witness with our own eyes police officers kneeling on the necks of Black Americans. George Wallace may be gone, but we can witness our federal government sending agents to use tear gas and batons against peaceful demonstrators. We may no longer have to guess the number of jellybeans in a jar to cast a ballot, but even as we sit here, there are those in power who are doing their darnedest to discourage people from voting by closing polling locations and targeting minorities and students with restrictive ID laws and attacking our voting rights with surgical precision, even undermining the postal service in the run-up to an election that’s going to be dependent on mail-in ballots so people don’t get sick.”

Obama’s clear audible voice of clarity, purpose, and of leadership is refreshing in comparison to what Trump has subjected the nation to for the past there years. For once, Americans were reminded of what and how a leader speaks and behaves.