The suspect and his mother were found dead in his apartment early on Thursday after a huge manhunt.

Police are attempting to identify the victims.

Federal prosecutors have said there are indications of a far-right motive.

Police said the two crime scenes were at Heumarkt, in the centre of Hanau, and Kurt-Schumacher-Platz in the western neighbourhood of Kesselstadt, about 2km (1.24 miles) away. The suspect’s apartment was also in Kesselstadt. 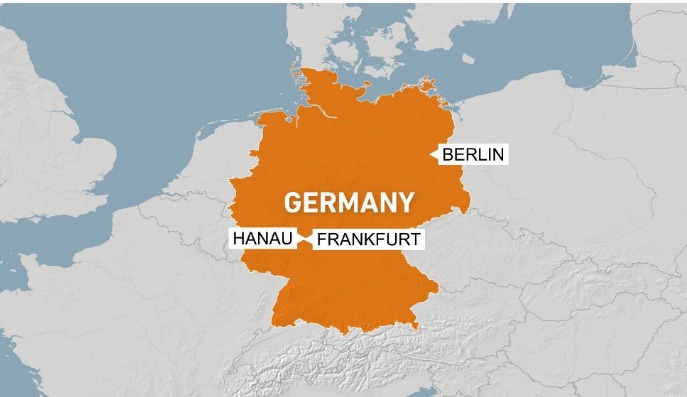 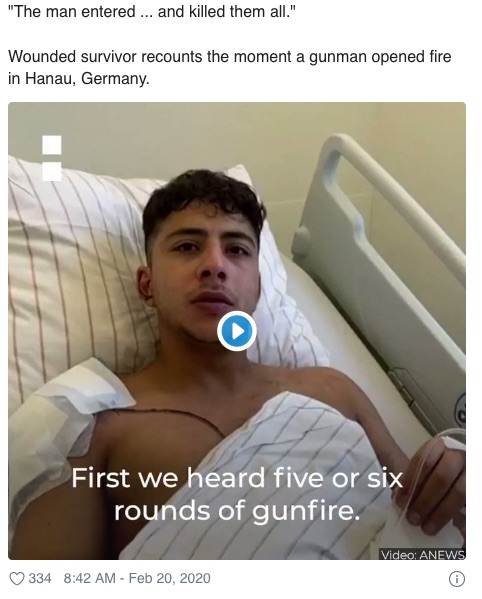 “Last night, in Kesselstadt, in the Arena Bar, we first heard five or six gunshots. After that I saw [a man] going inside. I was eating at that moment – we were all eating, we had already paid the bill. A man went inside. There were 10 to 12 people. Only two, three or four managed to survive. One of them was me.

“I said to him … I recited the shahada [the Islamic creed]. The guy started to scream, repeating the shahada, saying: ‘Everyone say shahada.’ No-one responded. There was only the two of us left. Yes. The man ran afterwards. We couldn’t see anything.”

The American Dream Remains Inaccessible for Many Black Americans. Here’s How We Can Fix That

THE FACE OF OBSTRUCTION; As thousands of...

Another White – caucasian woman and Arlo...