‘Help me!’ Shouted the Victim as New York Police without Uniform rushed, jump, pointed guns and aggressively arrested a black man in Brooklyn, after officer refuses to say what crime he has committed

On July 28th, 2017, Trump encouraged the New Police to be more aggressive and not comply with the standard policy of arrest. He stated, “When you see these towns and when you see these thugs being thrown into the back of a paddy wagon, you just see them thrown in, rough, and I said, ‘Please don’t be too nice,’ “Trump told the audience of law enforcement officers at Suffolk County Community College in Brentwood, N.Y. 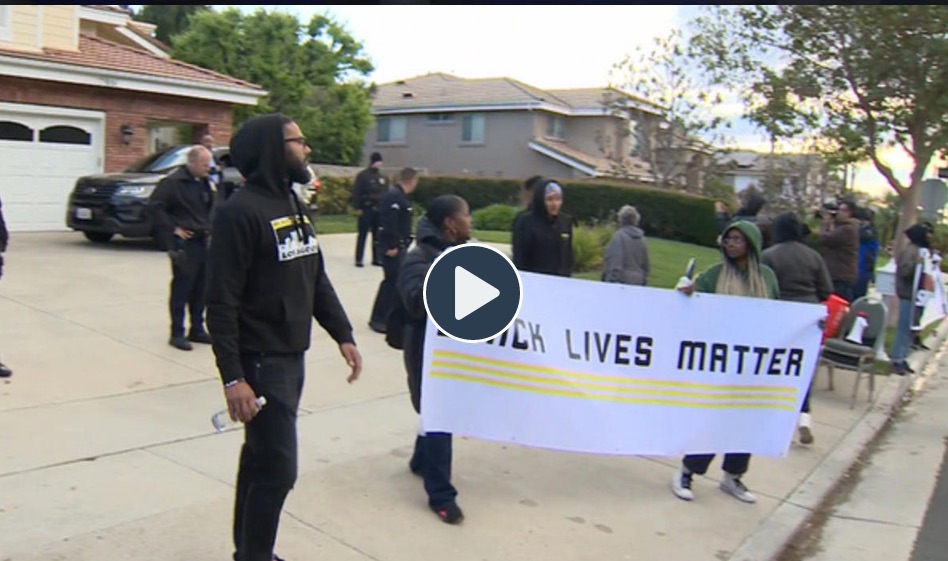 Across the country, there has been a rise in resentment and hate crimes directed towards Black Lives Matters for fighting against wanton police brutality that many African American men and women endure on a daily basis in America. 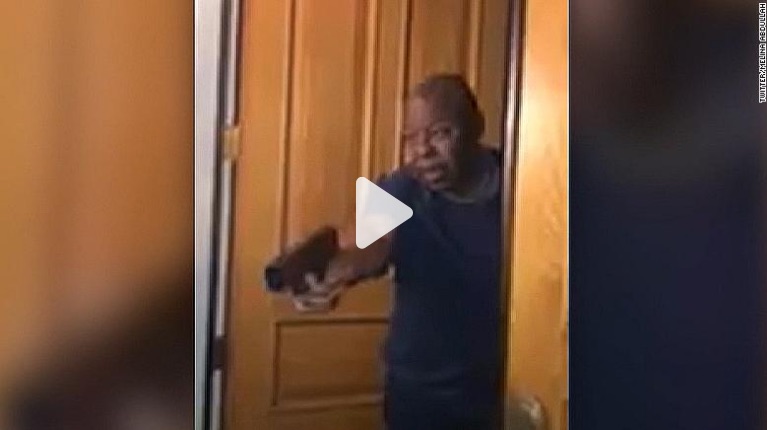 Recently, Los Angeles County District Attorney Jackie Lacey’s husband brandished his gun and pointed it at Black Lives Matter demonstrators who were engaged in a peaceful demonstration. The incident was videotaped by a Black Lives Matter member and is posted on social media.
“I will shoot you. Get off of my porch,” David Lacey can be heard saying as he stood in the doorway.

The latest incident in New York once again reminds many in the African American community that the police union and police departments across the country do not view African Americans (Blacks) as full citizens whose rights are protected under the constitution.

In the video, a man claiming to be an undercover police officer stopped a member of the public near a playground in the Canarsie neighborhood of Brooklyn at approximately 7:50pm on Wednesday night.
The black man, whose name is unknown at this time, repeatedly asked what he had done wrong as he was held against a metal fence by the officer, who appeared to be threatening him with a gun.
“What did I do? I did not do anything … can you answer my question? Look me in the eyes, I’m talking to you,” the man said.

In this incident, the police did not think the innocent man deserves any explanation, and for many young Black men across the country, this is an act of Terror!! Because we all know that he was lucky to escape death in the hands of an out of control police department.

Trump allies in Americas block Africans’ path to US asylum

Hey There. I found your blog using msn. This is a really well written article.

I’ll make sure to bookmark it and come back to read more
of your useful information. Thanks for the post. I will definitely comeback.

Iraqis rally against US troops, demanding they...