HERE WE GO AGAIN! ANOTHER BLACK MAN SHOT IN THE BACK BY WHITE POLICE

Trump and the Republicans continue to insist that they are the law and order party after video shows Wisconsin police shooting a Black man multiple times.

The video starts as Jacob Blake rounds the front of a silver SUV on Sunday, with two Kenosha, Wis., police officers following close behind, their guns were drawn. When Blake opens the door and steps inside, the officers suddenly shot him in his back — at least seven times. 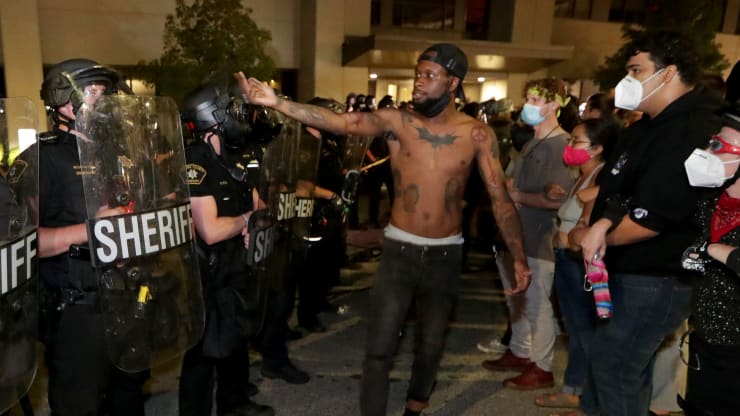 The video footage quickly spread online. It comes as the country has faced months-long protests spurred by George Floyd’s death in custody in Minneapolis, setting off the wave of demonstrations against police brutality and for racial justice.https://youtu.be/J-PK8t8vtSM

This ongoing attack and wanton killing of African American men in America will never stop unless the people MAKE it stop. The president and the Republican party have made it clear that Black Lives does not matter, and they will do everything within their power to keep things just the way they are.

The question now is what the African American community plan to do to stop this? No other people or culture on Earth will tolerate this barbaric murdering of their innocent men and women.. It is time to end this…

The Next Dangerous Front in ISIS’ Holy War

US Black population: The biggest growth is...