I Got Stopped on Bike Rides Because I ‘Fit’ a Description

Being Black in America is living under constant terror daily, every minute, every second, from microaggressions to lynchings. It’s a life of oppression and it’s been that for generations. We are still dealing with the Black Codes and Jim Crow laws that were enacted to limit and control the movement of Black people.

I’ve been riding bikes in L.A. since the early ’90s. I lived across the street from Paramount Studios in Hollywood and would ride my bike to Venice Beach several times a week. For me, biking is about freedom and transportation, being able to go anywhere at any time and also being healthy. But I would get stopped by the police in Beverly Hills, because I “fit” the description of someone that just committed a burglary. Being Black and cycling is the same thing as being Black and driving, walking, breathing, existing—constantly reacting to racism in all areas of activity.

White people need to work to change this. They’ve always been the ones that needed to do the work. What people coming to this movement need to understand is that until Black people are free, no one is free.

There’s a quote I remind myself of daily, and regularly insert in conversations, when appropriate, from author Neely Fuller Jr. “If you do not understand white supremacy/racism, what it is and how it works, everything else you know will only confuse you.”

Adé Neff, 55, is the founder of Ride On! Bike Shop/Co-Op in Los Angeles. 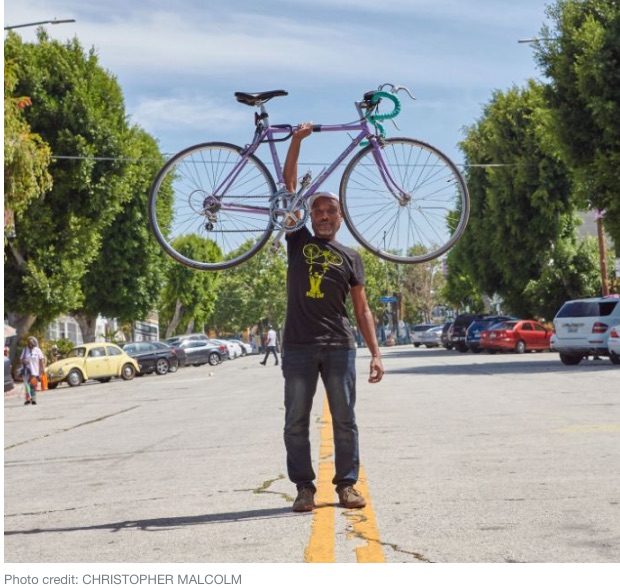 Republican Party, Trump, and their supporters are...