Is Greed the Biggest Threat to America & Democracy?

Greed, one of the seven deadly sins, is both toxic to society and intrinsic to human nature. It can’t be ended or “stopped” — but it can be regulated, which is the goal of good tax policy

Instead, they went after tax breaks to undo FDR’s raising the top income tax bracket to 91% in the late 1930s and early 1940s. And we’re still suffering for it.

The fruit of those two SCOTUS decisions was Ronald Reagan floating into the White House on a tsunami of fossil fuel money; he and bought-off Republicans in Congress then obediently dropped the top 74% personal tax bracket and the top 55% corporate income tax bracket down to 25% each. While they’ve risen slightly since then, they’re still filled with loopholes when it comes to the very, very rich and giant companies.

As a result, most morbidly rich individuals and large American corporations now pay virtually nothing in income taxes and have become fabulously richer. You and I shoulder the bill to run our government, paying as much as 50% of our earnings in income taxes every year (depending on your income and the state in which you live).

Name your favorite billionaire: Donald Trump (0%), Elon Musk (2.1%), Jeff Bezos (1.1%) or those more obscure. Every rich person you can name almost certainly pays a tiny fraction of what you do in taxes on your income or increases in your wealth, a situation that’s held since Reagan introduced America to neoliberalism in the 1980s as I detail in my new book The Hidden History of Neoliberalism: How Reaganism Gutted America.

We’re at the tail end of a 40-year political, social, and economic experiment in this country. Reagan and his neoliberal buddies Hayek and Friedman told us that if we’d just let the greediest among us fully exercise their greed in ways that were previously illegal it would bring an explosion of prosperity to our country.

And, sure enough, there was an explosion of prosperity, but only for the top 10% of us. Meanwhile, the economic lifeblood was drained out of the rest of America. Fully $50 trillion has vanished from the wealth of the middle class and magically ended up in the money bins of the morbidly rich.

This “invisible hand” of the economy was so perfect, the neoliberals told us, that we wouldn’t even need to monitor CEOs and the morbidly rich to make sure they weren’t cheating, so we defunded the IRS, under four Republican administrations, so severely that they could no longer audit the returns of the very wealthy.

When the law required the IRS to audit President Trump’s taxes in 2018, for example, that agency was able to come up with one lonely guy to do the job, something that would have taken him two or three decades to just cover one year.

It’s estimated tax fraud by the morbidly rich costs America around $1 trillion a year, according to the IRS Commissioner.

Enough to end all student debt in 18 months. To wipe out child poverty in a year. To fully fund Medicare For All. To end homelessness in America. To cure most cancer and heart disease in less than a decade.

But the morbidly rich aren’t even bothering to hide their greed and corruption any more. Two billionaire families, for example, gave Republican Senator Ron Johnson’s campaign and its backers around $20 million.

In return, Johnson demanded a specific sentence be slipped into Trump’s tax-cut bill that, once it made it through, returned over “$215 million in deductions in 2018 alone” just to those two families, according to ProPublica.

As ProPublica noted, just that one tax “cut [inserted by Senator Johnson] could deliver more than half a billion in tax savings for Hendricks and the Uihleins over its eight-year life.”

This system, fine-tuned by 40 years of annual Republican tweaks, has become one of America’s most obviously corrupt scams: “invest” $20 million in a corrupt politician and make a $500 million return on that investment. And the entire party is proudly in on the act!

It wasn’t always this way.

Progressive Republican President Theodore Roosevelt started the campaign to stop corporations and the wealthy from bribing politicians, resulting in the 1907 Tillman Act, which made it a federal felony — complete with real prison time — for any agent of any corporation to give any money or any thing of value to any candidate for any federal office.

As a result, the rich have become richer than any time in human history — richer, even, than the pharaohs or the ancient kings of Europe — wages have stagnated, deaths of despair exploded, and student and medical debt or their threat now overwhelm more than half of all American households.

Senator Ted Kennedy, frustrated by Republican opposition to raising the minimum wage, famously demanded to know of his colleagues, “When does the greed stop?”

Greed, one of the seven deadly sins, is both toxic to society and intrinsic to human nature. It can’t be ended or “stopped.”

But it can be regulated, which is the goal of good tax policy.

With a fully-bribed GOP set to assume control of the House of Representatives, where all tax legislation must originate according to our Constitution, the next two years will be challenging for Americans who would rather see children educated than more billionaires shooting themselves into space on giant penis-shaped rockets.

But that doesn’t mean we should stop talking about how corrosive these twin poisons of bribery and greed are to our nation; we must never stop working to solve this crisis Reagan, the morbidly rich, and a corrupted Supreme Court inflicted on us. 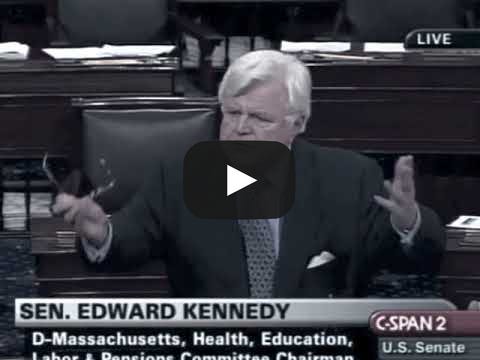 Russia’s Lavrov: Either Ukraine fulfils Moscow’s proposals or our army will decide