Is the Daily Shooting of Black Men in America an Undeclared War? L.A. Sheriffs Deputies fatally shot another Black man more than 20 times in the Back while riding a Bike.

Recent high-profile cases of unarmed black men dying at the hands of the US police have sparked protests and civil unrest in several American cities. Many are now asking the question, whether this is an undeclared war, or its this part of the Master plan of the power structure hoping for an all-out war. Incrementally folks are being popped off. Soon more will have to choose sides.

It’s becoming a daily occurrence in America.  Yesterday a Black man who deputies said was stopped for riding his bicycle in violation of vehicle codes was fatally shot more than 20 times in his back. Its no longer Driving while Black, riding a bike as a Black man in America can lead to death in the hands of white police. 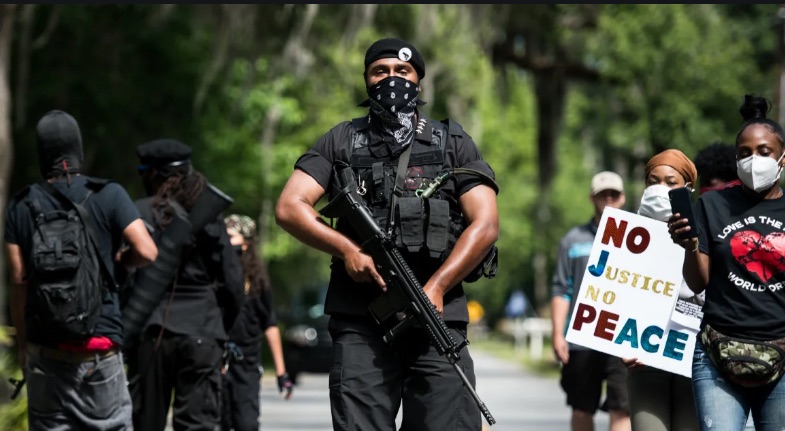 Some in the African American communities are calling on Black men to defend their families and communities from wanton acts of White police shootings.

And while various demographic groups are buying guns in 2020, African-Americans account for the highest increase in gun purchases of any group.

The Daily Shooting of Black men in America continues. L.A. Sheriffs Deputies fatally shot another Black man more than 20 times in the Back while riding a Bike.

Boniface Ogunti Came From Liberia To America In Search Of Becoming An Entrepreneur; He Ended Up Accomplishing That And Much More

Trump Snaps ‘So Are White People’ When...