Jesse Jackson and many African-American leaders called for Bill Cosby to be released from prison. Cosby is 85 yrs old, and blind.

Bill Cosby is expressing gratitude to Rev. Jesse Jackson,  and many other prominent African-American leaders who have called for Cosby’s release from prison amid the coronavirus pandemic.

Mr. Bill Cosby was convicted in April 2018 on three counts of aggravated sexual assault of his former friend, Andrea Constand, in 2004, and is serving a three-to-10-year sentence in a Pennsylvania state prison. 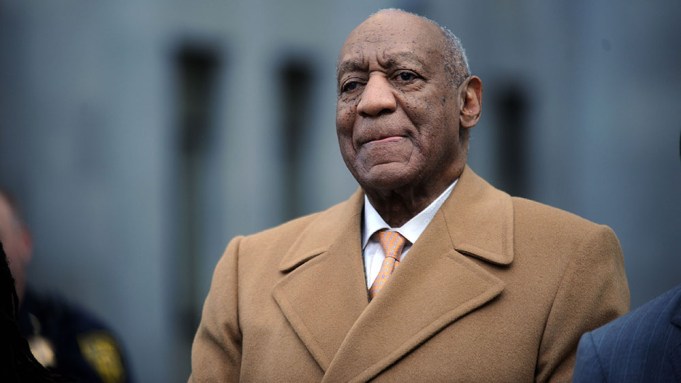 Speaking to The Philadelphia Tribune in an article published Tuesday, Jackson asked for the state of Pennsylvania to reexamine the risks that Cosby faces while in state prison as COVID-19 continues to spread.

“He’s 84 and blind. Who’s he going to hurt? He should be home and free and away from all of those germs,” Jackson said, adding that the “government needs to do something” and that he thought Cosby “shouldn’t still be in prison.”

His representative Andrew Wyatt issued a statement to USA TODAY on Wednesday on behalf of the comedian and his wife Camille Cosby, thanking Jackson “for his courageousness and his support.”

Bill Cosby is well known for his generosity and for being the highest donor to HBCUs and other organizations.
Many in the African American community see Bill Cosby’s trial and incarceration as yet another key example of a double standard criminal justice system that continues to target African Americans, regardless of their success.
In December 2020, The Pennsylvania Supreme Court heard conflicting arguments at a virtual hearing about whether Bill Cosby was fairly convicted of sex crimes in 2018, but many of the seven justices seemed doubtful of the prosecution’s assertions. Many criminal law experts tend to agree with the direction of the Supreme court that the trial of Bill  Cosby’ in 2018 trial was flawed by evidence and testimony that should have been excluded.

Trying to condemn the war in Ukraine, Bush...

‘It Was Not a Joke’: Buffalo Massacre Suspect...

NATO talks with Finland, Sweden falter but will...

‘This is the heart of the Black community’:...