Democratic National Committee spokeswoman Xochitl Hinojosa told the Yahoo News podcast “Skullduggery” on Monday that the theme of the convention is uniting America.

Whitman, the first Republican speaker listed in the Democrats’ announcement, was New Jersey’s governor from 1994 to 2001 and served as the administrator of the Environmental Protection Agency under President George W. Bush.

Molinari, who served in Congress in the 1990s and was a top GOP leader, was the keynote speaker at the Republican convention in 1996. She slammed then-President Bill Clinton’s leadership during her speech, telling the crowd that his “promises have the life span of a Big Mac on Air Force One.”

“I think that right now people are just fed up, and they want steady leadership,” she said. “So I think that you’ll continue to see all sorts of folks from all walks of life come and endorse Joe Biden.”

Kasich, who served as Ohio’s governor from 2011 to 2019 and ran against Trump for the 2016 GOP nomination, is perhaps the least surprising Republican speaker. He has long been critical of President Trump, but acknowledged in an interview with the New York Times that he also disagrees with Biden on some issues. 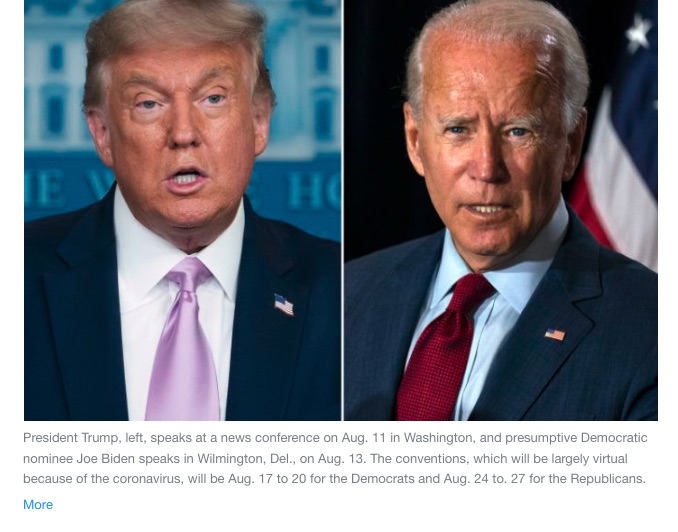 “Somebody has to start being willing to break down this tribalism,” he told the newspaper. “I don’t think that I will achieve that, but somebody’s got to start. Somebody has to be able to begin to say, ‘No, you’ve got to take off your partisan hat, and you’ve got to realize we’re Americans.’”

Yahoo News asked Hinojosa about the ideological differences between the Republican speakers and other, more-progressive Democratic leaders. Molinari was a corporate lobbyist for years, while Kasich has been critical of the Green New Deal.

“We have a party that is more united than ever,” Hinojosa said. “We had a platform process where we engage Sen. [Bernie] Sanders supporters, Joe Biden supporters and others to make sure that we had the most progressive platform. You will see Bernie Sanders and Elizabeth Warren making the case for Joe Biden onstage this week, as well as a number of other stars in our party. This year, the keynote is not done by one person. It’ll be done by 17 rising stars in our party from all across this country. It is a diverse coalition.”