L.A. deputies tackled and arrested a reporter., and use Racist Tweets.

But the agency’s response to the attack has raised alarms among some activists, lawmakers and Los Angeles County Sheriff’s Department watchdogs, who question whether the aggressive rhetoric is inflaming rather than easing tensions at a moment when community groups are protesting several controversial shootings by deputies amid a national discussion over policing and race.

Within 24 hours, a longtime Sheriff’s Department spokeswoman posted tweets about the attack that employed racist stereotypes in reference to a reward for information leading to the arrest of the shooter. In one post accompanied by a GIF of a Black man shuffling bills, she wrote: “And here’s the neighborhood homies and enemies ‘bout to come up’ on that $100,000 #REWARD because $100,000 dollas is $100,000 dollas.” 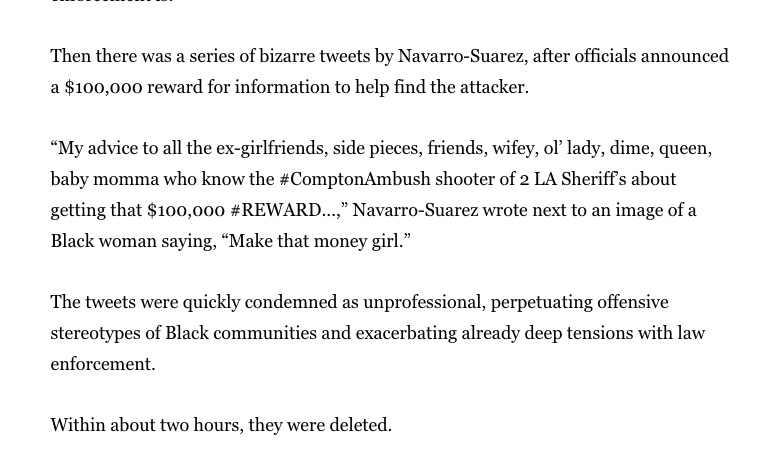 James hasn’t responded to Villanueva’s request. But Vanessa Bryant — who has filed a claim against the agency over deputies sharing photos from the site of the helicopter crash in January that killed her husband, Lakers legend Kobe Bryant, their daughter Gianna and seven others — quickly fired back.

She reposted another social media user’s remarks about Villanueva: “How can he talk about trusting the system?”

Illegal Hysterectomies and other Medical Operations are secretly performed on Immigrants in Georgia’s Detention. A Nurse-Whistle blower claims.