Los Angeles Woman Finds Her Purpose in Helping the Homeless

Compton native Shirley Raines has become a staple on Skid Row, helping those who are homeless in the downtown Los Angeles neighborhood.
A former medical biller, Raines said she was first introduced to the area after a friend encouraged her to volunteer with the homeless one day.“I was like, ‘OK, I’ll go feed the homeless with you.’ I started feeding the homeless, and the women were more interested in my hair and my makeup,” Raines said. She used points from Sephora and other stores to get samples of makeup and hair color for the women. However, later when she returned to help them, she noticed the women wore the makeup but were not using the hair color she gave them. 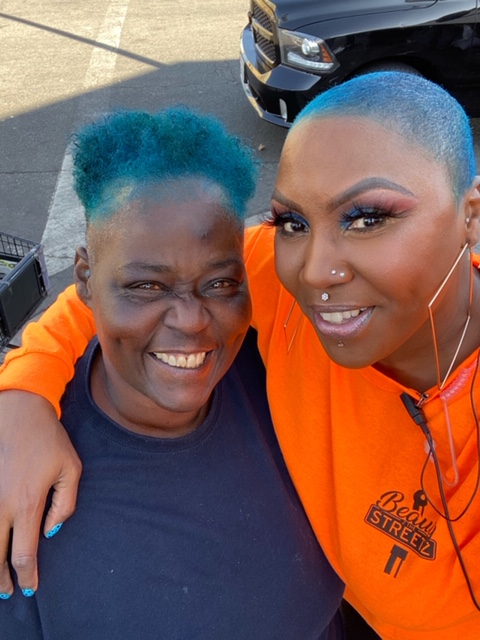 “I was like, ‘Did you not like the color?,’” Raines asked. “They were like, ‘We don’t have water to wash our hair.’ I was like, ‘I can boil water and bring hot water from home.’ ” Thus her nonprofit, Beauty2theStreetz, was born. She now travels to Skid Row four times a week and not only doles out makeup and hair color but also clothing donations and hot meals that she cooks herself. Volunteering over the past three years has also become therapeutic for Raines who had fallen into depression after her first child, a baby boy, died in an accident. She said working with the homeless has given her a purpose for her pain.

“Even though God has blessed me with five more kids, the loss of that one kid just never left me,” she recalled. “I just started seeking something to do to make my life worth some kind of meaning because working and being a mother of five wasn’t fixing that pain in me.”
With the help of social media, others have joined forces to help make Raines’ nonprofit success in a city that has one of the largest homeless populations in the United States. There are more than 36,000 homeless people in Los Angeles, according to the Los Angeles Homeless Services Authority.
“My car acts as a moving mall,” she said. “They can get food. They can get clothing out of the car. They can get makeup out of the car. They can get wigs, rain supplies, flashlights.”

On Saturdays, she, along with a host of volunteers, including volunteer organization Fighters for the World MC, and motorcycle club Chosen Few MC, set up an outdoor salon that includes barbers, nail techs, beauticians and makeup artists that serve as many as 500 to 800 people. Raines said she, herself, has learned a lot in the process.
“I thought I was going out there to change the face of homelessness with hair and makeup, but I realized that I also needed to change the narrative of what homelessness is and what homeless people want, need and desire because it was nothing that you see on TV,” she said. She points out that many of the women she meets have gotten laid off from their jobs or lost a child, and Raines is committed to helping them all.

“I feel like I have a full-time job just taking care of my street family, and I still have five children of my own, so that is my purpose and passion for pushing, and it also gave me that healing I needed about my own son’s death,” Raines said. “Not complete healing but enough to know that my journey of pain was not in vain, that it helps me to be relatable to other women.” 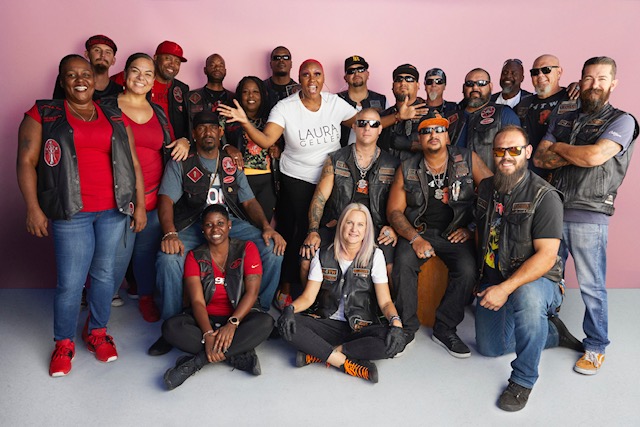 To donate to the cause, visit beauty2thestreetz.org.

Gabby Thomas Is the Harvard Grad and...