Made in nigeria vehicles will outnumber  Chinese. Japan and European made vehicles in Africa by 2030. Many experts view the rapid development of Made in Nigeria vehicle and the demand for African Made vehicle as a positive development in a continent still struggling to break free from the dependence on imported goods.

For Africa and especially Nigeria to develop, the country must confront the ist greatest challenge of dependence on imported goods and ecourage domestic technology and production of goods and services.

A picture of Innoson Car. Made in Nigeria 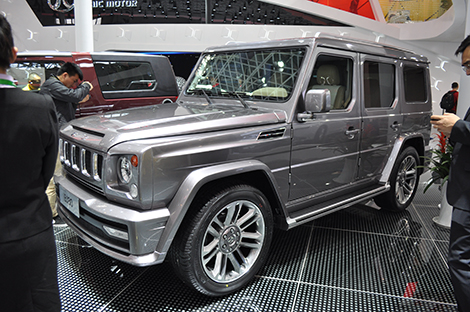 The automotive industry in Nigeria is not a new concept. It dates back to the 1950s and consists of the production of passenger cars and commercial trucks.[1] Early production was led by the assembly line of Bedford TJ trucks made by United Africa Company‘s subsidiary, Federated Motors Industries and SCOA’s production of Peugeot 404 pickup trucks. Significant development began in the 1970s, during a period of oil boom, the Federal Government of Nigeria signed joint venture partnerships with foreign car manufacturers to assemble vehicles and provide technical assistance towards vertical integration within the local industry. These foreign brands went on to dominate the industry from the middle of the 1970s to the end of the 1980s.

The passenger vehicle brands were Peugeot Nigeria Ltd and Volkswagen. The commercial vehicle manufacturers, Leyland, Anambra Motor Manufacturing, and Steyr competed with Bedford truck for dominance. The companies simply assembled kits and completely knocked down parts imported from abroad. In the marketplace, demand was largely dictated by the government’s budgetary concerns. Towards the end of the 1980s the industry was negatively affected by a downturn in the economy, the government’s inconsistency, and the higher cost of locally manufactured cars compared to imported counterparts. By 2000, used foreign cars dominated car sales in the country, and the rise of these affordable used cars negatively impacted the development of backward integration in the industry. Recently, a local brand, Innoson, and Nord has opened an assembly plant in the country.

In fact, these last few years have translated into what many experts view as the rebirth of the Nigerian Auto-Manufacturing race.

NORD Passenger Van Made in Nigeria

Chris Christie says he was in ICU for 7 days battling Covid-19, urges Americans to wear masks