On Sunday, a man in Minneapolis killed one woman and injured another person by driving an SUV into a crowd of protestors. On Wednesday, Hennepin County Attorney Mike Freeman announced that the driver, Nicholas David Kraus, has been charged with second-degree murder, NBC reports.

As theGrio previously reported, the Minneapolis police department confirmed the incident on Twitter at the time writing, “11:39 PM, vehicle drives into protesters on Lake Street / Girard. The suspect arrested and taken into custody. 3 protesters transported to hospital by EMS – 1 very critical.”

Minneapolis police believe that Kraus was intoxicated at the time of the incident and confirmed that the 35-year-old has a long history of drunk driving.

Kraus already had a suspended license at the time of the attack and has had multiple DWI convictions, according to a press release from the Hennepin County Attorney’s Office.

“The defendant, Mr. Kraus, in the Uptown fatal incident in which he struck and killed a peaceful female protestor while intoxicated, and injured additional protestors, is an extreme and violent intentional act,” said Hennepin County Attorney Mike Freeman. “His behavior and admittance to intentionally driving towards the protestors is one important reason why we have charged him with intentional second-degree murder.”

Many of those at the scene of the violent attack on Sunday were protesting against the death of Winston Boogie Smith Jr.—a 32 year-old Black Minneapolis man who was shot by US Marshals last Thursday. 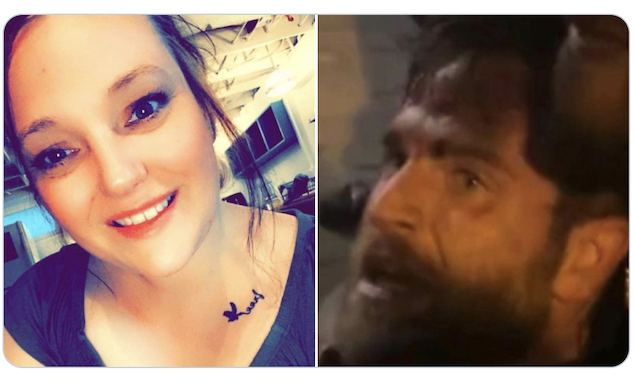 According to the complaint filed by Hennepin County police, Kraus deliberately crashed into a group of protesters and pedestrians in Minneapolis’ Uptown area.

During the crash, Kraus’s SUV also slammed into a nearby barricading vehicle that was pushed into the group of people. Kraus told police that he saw the barricade surrounding the area where protesters were and felt the need to “get over it” by accelerating his vehicle, even though he saw people in the area.

“People were having a joyous time and for that to happen, people are still reeling from that, it’s a tragedy for sure. [People] blocked the car in to make sure he’s held accountable or at least gets a day in court,” said a witness who spoke to KARE 11.

Kraus’ has a court hearing on Thursday and his bail has been set at $1M, NBC News reports. Kraus’ crash is one of two vehicular homicides that occurred in Minneapolis over the weekend, which have shocked authorities.

“While each case is different, their similarities are haunting. These are cruel, malicious acts of violence that have taken the lives of two innocent individuals. Our office believes that these aggressive charges are warranted in both cases.”

Juneteenth Is More Than a Federal Holiday. We Need Reparations Now

This video will shock you! A footage of children nearly caught in the crossfire as their father was almost executed in broad daylight

Putin engineers shakeup that could keep him...