An abandoned quarry in Nigeria has become a tourist hotspot after images were posted on social media earlier this month.

The rocky cliffs climbing into a blue sky, a moss-lined footpath, small green hills and a lake that shimmers in the sun are quite breath-taking and a set of images shared on Twitter at the beginning of August has been liked more than a thousand times. In a matter of days of the post, the site, known as Crushed Rock, in Mpape – a poor neighborhood on the outskirts of the capital Abuja – was thronged. There has been a DJ stand, food vendors, hundreds of sun-bathing selfie-takers – and even a band of classical musicians.

Nigerians are not generally known to be outdoor lovers – the weather is very hot in the north and quite humid in the south.

However, there is a burgeoning community of hikers around Abuja inspired by the many expatriates living in the political capital. 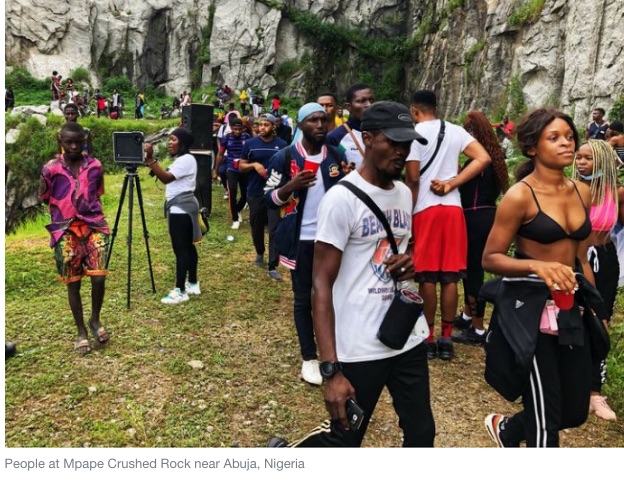 The coronavirus pandemic has also had a part to play in encouraging these young middle-class Nigerians to explore the hills in the country’s rocky central region. The lockdown, which prevented people from traveling elsewhere, has meant that places closer to home are being explored. 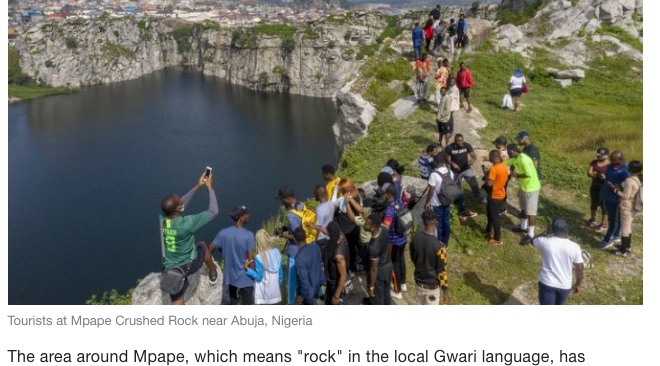 supplied much of the stone used to transform Abuja from a small village in the 1980s into the country’s capital city.

“The quarry has existed for more than 10 years,” said Mpape resident Courage Ebenz, who is somewhat bemused by the sudden influx of city-dwellers. 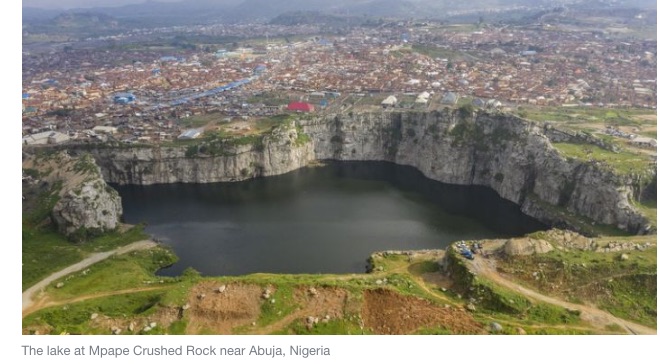 Nigeria has an abundance of natural beauties, but this “man-made” location has its own appeal – with three main tiers that each give a stunning view of the water below. Sightseers can choose a small winding footpath to the top terrace, where the grass is an ideal picnic location. 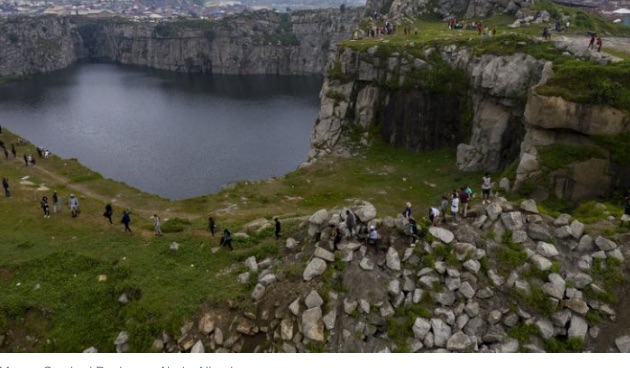 The more adventurous can continue down the path that circles and snakes down to the water’s edge.

But a warning for the brave who might want to plunge into the water as the locals say it is full of abandoned machinery. 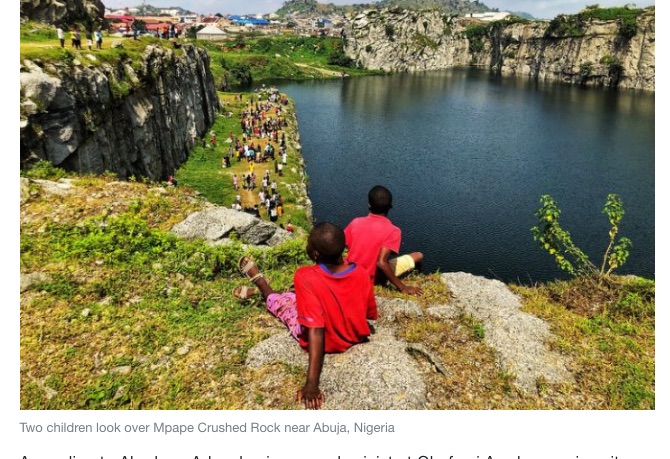 According to Abraham Adepelumi, a geophysicist at Obafemi Awolowo University, the lake was formed as a result of the fracturing of an aquifer.

“Once the rock got fractured, the water within the rock was under pressure,” he told the BBC.

“It is a natural phenomenon, Mpape is a fracture-prone area of Abuja and has experienced tremors as recent as 2018.”

She Criticized Putin and Vanished. Her Boyfriend...