Nigeria may just lose its best Governor; As Obaseki Edo Governor and Osomole struggles for power

Edo State governor, Godwin Obaseki once again expressed a lack of faith in the screening committee set up by the All Progressives Congress leadership to scrutinize aspirants seeking the ticket of the party ahead of the governorship election in the state.

Godwin Obaseki, and his predecessor, Adams Oshiomhole, keeps getting intense. Key leaders of the ruling All Progressives Congress (APC) are now operating separately, which has since ushered the party into factions, whereby what is currently in existence in the state is -The Obaseki faction and the Oshiomhole faction.
Given recent events in the state as far as politics is concerned, it is safe to conclude that APC party members, including major stakeholders, have fallen apart.

In the political history of Edo State, Obaseki succeeded Oshiomhole as governor. As at the time, Oshiomhole campaigned vigorously for Obaseki and threw his weight behind him in order to triumph in the gubernatorial election that was last held in the state.
Having given the nod to Oshiomhole’s quest, Obaseki became Edo Chairman of Economic and Strategy Team in 2009. By the time the former governor was ready to impose a successor, it wasn’t difficult for him. In his estimation, Obaseki towered above other options available for the number one seat in the country. He perceived Obaseki as one who has what was needed to make his good deeds a continuum, as he endorsed and supported him for his candidacy. 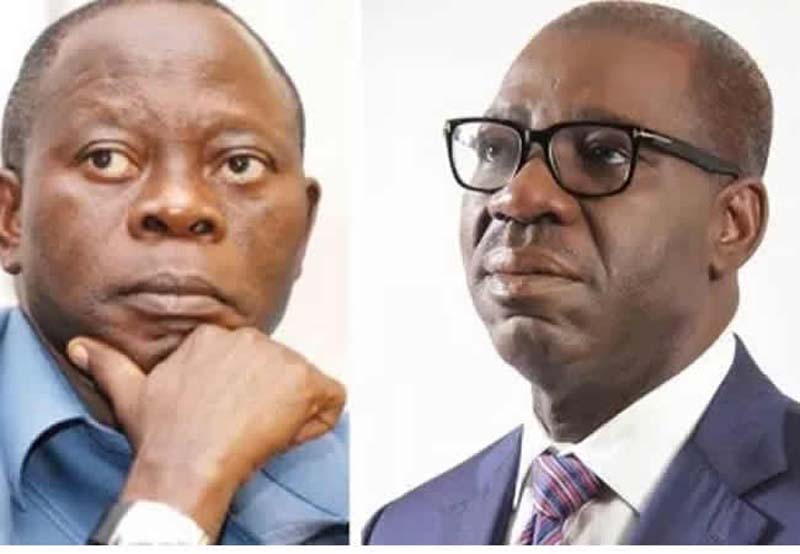 In Nigeria, to thrive in politics, one must be a loyalist of a political godfather. These godfathers are known for deploying their wealth and influence to secure political parties’ interests for candidates of their choice. The godfathers’ responsibilities don’t always end here; they are also fond of manipulating electoral processes in order to achieve their personal aggrandizements. In this case, Obaseki has pledged his full alliance to the people of Edo State and he has publicly stated that godfatherism must end in order for Nigerians to get good leaders. There lies the problem with people like Oshiomole who still wants to exert his power over a sitting governor.

Governor Obaseki’s accomplishment in his few years in office is second to none. Even his distractors acknowledge that he has done an amazing job in all areas of development in Edo state. The question now is; Will the ordinary people of Edo State support a responsive leader or will godfatherism deflate the hope and aspiration of millions. Will Nigeria loses its best governor to godfatherism?

Another Black Man Cried! ” I can’t Breathe” at the hands of Oklahoma Police. I dont care shouted the white Police officer.

Police in Detroit suburb pin black Amazon driver in the incident over parking. But still more videos to come!

I admire Gov. Obaseki, but he also played a role in this so call collapse